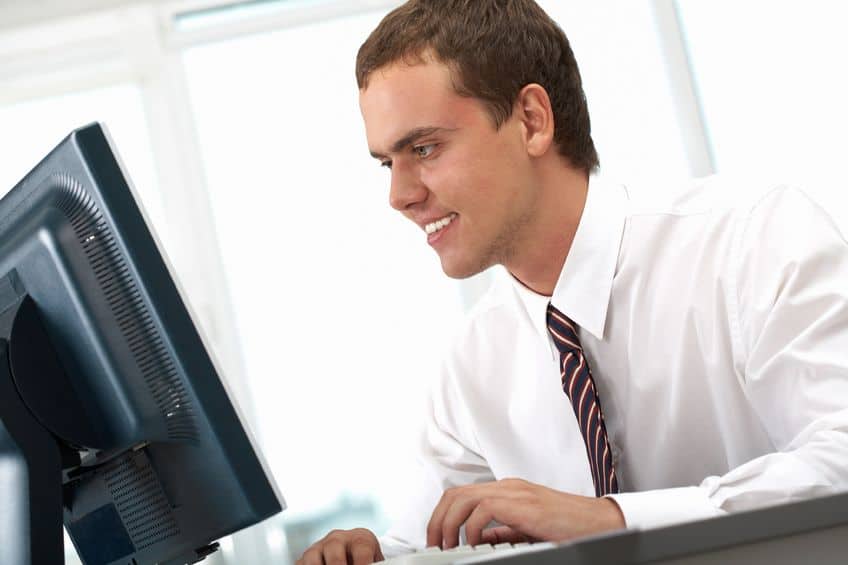 It’s commonly thought that the happiest employees make for the most productive employees. It’s a theory that certainly makes a lot of sense – after all, wouldn’t a person highly satisfied with his or her job be motivated to perform well in the office? A number of programs aimed at increasing worker productivity have been based upon this very assumption. But what if employee performance was based around a completely hereditary trait – personality?

This idea was proposed in 2007 by Nathan Bowling, an associate professor of psychology at Wright State University. In a study examining the issue, Bowling challenged the commonly held notion that employee satisfaction increases worker output. In Bowling’s view, the true determining factor behind an employee’s success (or lack thereof) lies in several key personality traits, such as self-esteem, emotional stability, extroversion and conscientiousness.

But how does this line of thinking explain the excellent performance of contented employees? Bowling outlines his theory with a simple analogy. On days when ice cream sales rise to high levels, the associate professor notes, crime simultaneously spikes. Of course, it would be a mistake to conclude that a boost in ice cream sales directly cause a higher incidence of criminal activity. In the case of the ice cream-crime link, the real reason for this supposed correlation has to due with the weather. Humid and hot summer days tend to increase demand for cold food items like ice cream. Such temperatures also encourage criminals to go outside and engage in anti-social behavior.

Likewise, Bowling says that there is hidden factor behind the alleged job satisfaction and work performance connection. Successful workers tend to be sociable, trustworthy, and well-organized. They possess good impulse control, and can keep an even emotional keel most of the time. Additionally, these valuable workers typically have high-self esteem, and excel and managing complex tasks loaded with details.

As you might expect, the opposing end of the worker personality spectrum doesn’t present a pretty picture. Employees who aimlessly drift from job to job can often be classified as “neurotic.” You might have heard this term bandied about before, yet many people don’t know what qualifies as neurotic behavior. In short, neurotic workers can be summarized as the complete antithesis of a successful worker; they are prone to mood swings, and often appear anxious, depressed, irritable or overwhelmed. They tend to struggle with their assignments, and frequently resent the role and responsibilities given to them by their employer.  Not surprisingly, the self-esteem of struggling workers is often lower than dirt, and their self-confidence is all but nonexistent.

Earlier in this article, we mentioned a few key personality traits that are essential for professional success. Included in this list were “extroversion” and “conscientiousness.” These two personality types are actually part of five categories that many psychologists use to classify human personalities. These categories, which have become known as the “big five” personality types, are further expounded upon in the proceeding list. Be advised that these categories only represent a continuum of a certain characteristic. In plain English, this means that a certain worker might exhibit only a certain amount of “extroversion,” or possibly none at all.

Openness – This term means exactly what it sounds like; openness measures how open workers are to new ideas and experiences. People who lack openness tend to shun things they are not familiar with.

Extroversion – You’re probably well-acquainted with the term “extroversion,” and by extension the “extrovert/introvert” labels. It’s easy to spot an extrovert; they are usually quite talkative and apt at social interaction. Introverts, in stark contrast, much prefer to fly well below the office radar.

So which type is more successful? It actually depends on the job. Introverts tend to flourish in roles that allow them to work alone and require the repeated performance of mundane tasks. Extroverts enjoy talking to and working with people, and pick professions that involve doing both.

Agreeableness – This category focuses on a worker’s propensity for (or aversion to) workplace-related conflicts. Employees who rank high in this area try to get along with others, and go to great lengths to avoid clashing with coworkers and supervisors. Those lacking “agreeableness” are far more likely to challenge the status quo, and can be resistant and hostile to the views and ideas of others.

When it comes to job performance predictors, agreeableness is often the least reliable indicator. It can be difficult to gauge whether “agreeableness” is a good or bad thing in the office. In some situations, new ideas and different points of view are needed to foster creativity and growth. In other cases, a lack of agreeableness only serves to create unnecessary friction and tension.

Neuroticism – There’s no ambiguity surrounding the effects of Neuroticism. This term refers to workers who suffer from frequent bouts of anger, anxiety, sadness, depression and irritability. Needless to say, people who exhibit such traits on a regular basis are bound to struggle with finding (and keeping) gainful employment.

As shown by the ambiguous impact of some of these personality types, predicting the success or failure of a prospective employee is not an exact science. However, a person’s character can offer some indication as to how their career will ultimately unfold.