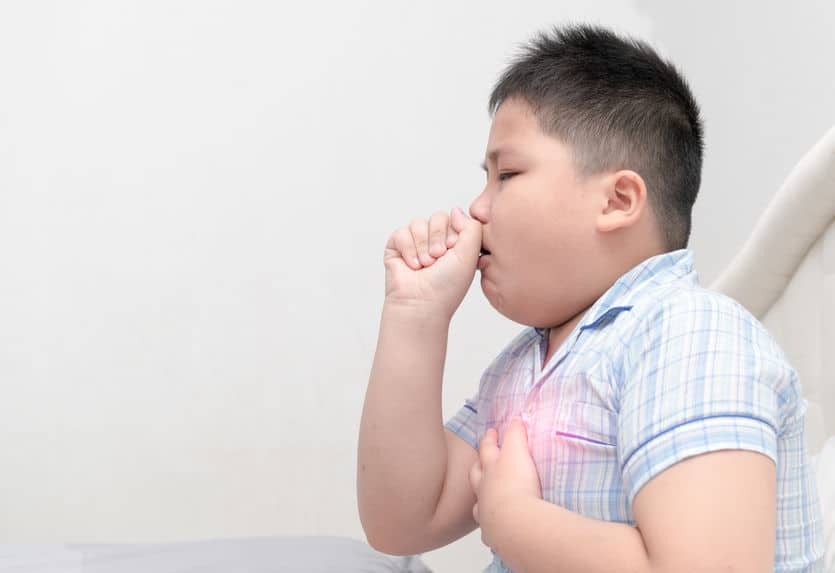 At first glance, it would seem that asthma and weight problems would have little to do with each other. But if researchers from Duke University are correct, there could be a link between these two health issues – among children, at least.

From the Waist to the Lungs?

Published in the November 26th, 2018 issue of the journal Pediatrics, the Duke study examined roughly half a million children. When examining health-related data from this large group of subjects, the team found a correlation between obesity and incidence of asthma. Compared to their normal-weight counterparts, children who qualified as obese were 30 percent more likely to later become asthmatic.

To qualify as asthmatic, a child had to have received a diagnosis of this condition at a minimum of two doctor’s appointments. The children also underwent testing to gauge their functional capabilities of their lungs, an approach that reliably identified the presence of asthma.

The authors noted that youths who fell into the “overweight but not obese” category still faced an elevated risk from asthma. Such individuals were 17 percent likelier to develop this respiratory condition than children of a normal weight. Even when the participant’s sex, age, socioeconomic status and allergies were added to the equation, the apparent relationship between weight and asthma risk remained intact.

You Are What You Eat

The authors caution that, by itself, their study does not conclusively link asthma to obesity. However, the possibility that such a relationship exists is yet another reason for parents to closely monitor their children’s food intake.

Unlike other factors for asthma, steps can be taken to ward off the onset of childhood obesity, something stressed by lead study author Jason E. Lang. “Asthma is the No. 1 chronic disease in children and some of the causes such as genetics and viral infections during childhood are things we can’t prevent,” stated Lang in a university press release. “Obesity may be the only risk factor for childhood asthma that could be preventable. This is another piece of evidence that keeping kids active and at a healthy weight is important.”