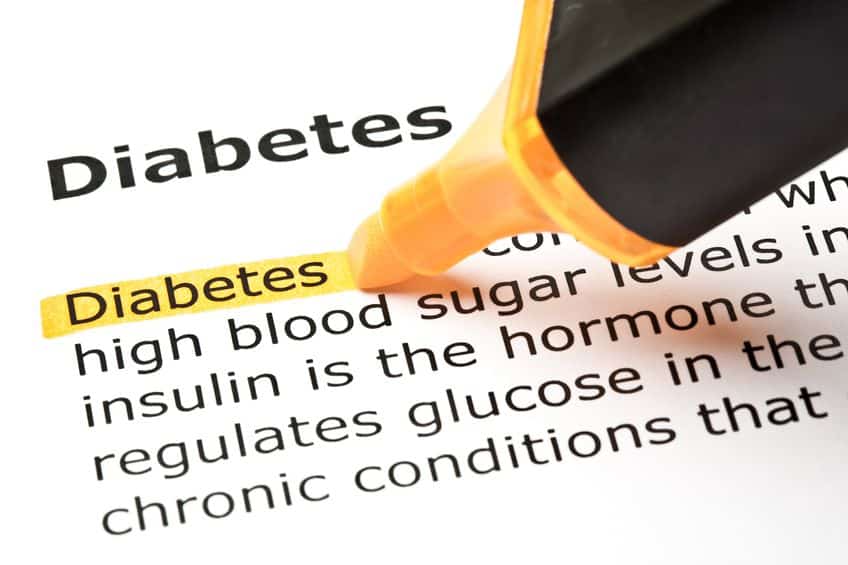 Much has been written about the growing problem of diabetes in the United States. A quick look at the total number of diabetics reveals the scope of this problem; from 1980 to 2011, the total number of Americans with diabetes increased from 5.6 to 20.9 million. With this rise in diabetes cases has come an ever expanding price tag; in 2012 alone, diabetes extracted a total of $245 billion from the US economy.

Despite the pervasiveness of diabetes, most at-risk people are completely oblivious to the threat that this disease poses to their health. Of the 79 million pre-diabetics in the US, the Centers for Disease Control and Prevention (CDC) estimates that only 11 percent are aware of their condition (pre-diabetes occurs when the patient has above-average levels of blood sugar). Because of this lack of awareness, many prediabetics fail to recognize the initial signs of diabetes.

Type 2 diabetes accounts for the vast majority (90 to 95%) of diabetes cases in the United States. There are a number of symptoms that accompany the onset of this disease. Some of the more common signs are described in the following list.

A Ravenous Appetite – Type 2 diabetes develops when body either makes an insufficient amount of insulin, or cannot properly utilize this hormone. Consequentially, the body’s cells have difficulty absorbing sufficient amounts of glucose, a type of sugar that cells use as fuel. With its cells starved of glucose, the body’s cravings for food often increase markedly.

Frequent Urination and Increased Thirst – Since diabetes effectively blocks glucose from entering cells, these sugars start to accumulate within the bloodstream. To deal with this problem, the kidneys attempt to remove excess glucose by filtering it into the body’s urine, thereby forcing the body to urinate more than usual. In turn, this increased urination works to dehydrate the body, making the patient noticeably thirstier. Essentially, the patient falls into a repeating cycle of drinking lots of fluids and urinating on a frequent basis.

Dry Mouth – This one is pretty self-explanatory; an increased thirst goes hand-in-hand with dry mouth.

Deteriorating Vision – Excessive amounts of glucose can damage the eye’s lens, eroding its flexibility. In order for the eye to focus, its muscles now must work harder than before. Eventually, diabetics can suffer numerous eye-related health problems, such as double vision, cataracts, blurry vision, bleeding and even blindness.

Tingling, Numbness and Pain in the Extremities – Diabetes may interfere with the nervous system’s ability to communicate with the hands and feet, leading to problems in both areas. This condition, referred to as diabetic peripheral neuropathy, usually afflicts the feet first before moving onto the legs and hands. Patients typically report feelings of numbness and tingling in the affected regions of the body; other symptoms can include pain and burning sensations.

Discolored Skin – Type 2 diabetes can also leave its mark on the patient’s skin. Some diabetics develop acanthosis nigricans, a condition that thickens the skin while giving it a darkened appearance. This problem is most likely to develop in areas with many creases and folds, such as the knees, neck, knuckles, armpits and elbows. Other regions that may also be affected include the inner thighs, palms, groin and lips. Skin damaged by acanthosis nigricans generally maintains a soft, “velvety” texture.

Fluctuations in Weight – People with undiagnosed type 2 diabetes might notice that they have lost weight, even though they are consuming more food. Surprising as it may sound, both an increased appetite and inexplicable weight loss can be caused by the same thing – the inability of cells to take in enough glucose.

Recurring Infections – Aside from the other problems they cause, high glucose levels also serve to increase the amount of bacteria in the body. This can allow several types of infections to develop, including those that strike the gums, mouth, urinary tract and skin. Harmful bacteria may also infect the bladder or kidneys. For female diabetics, excessive glucose may increase the amount of yeast in the body, possibly leading to yeast infections.

Problems in Bed – The presence of type 2 diabetes can grind the love lives of both men and women to a screeching halt. Due to its impact on the circulatory and nervous systems, diabetes might cause men to suffer from erectile dysfunction and diminished sex drive, whereas women may encounter pain and discomfort during sex. Furthermore, it is not uncommon for women with diabetes to struggle with both sexual arousal and desire.