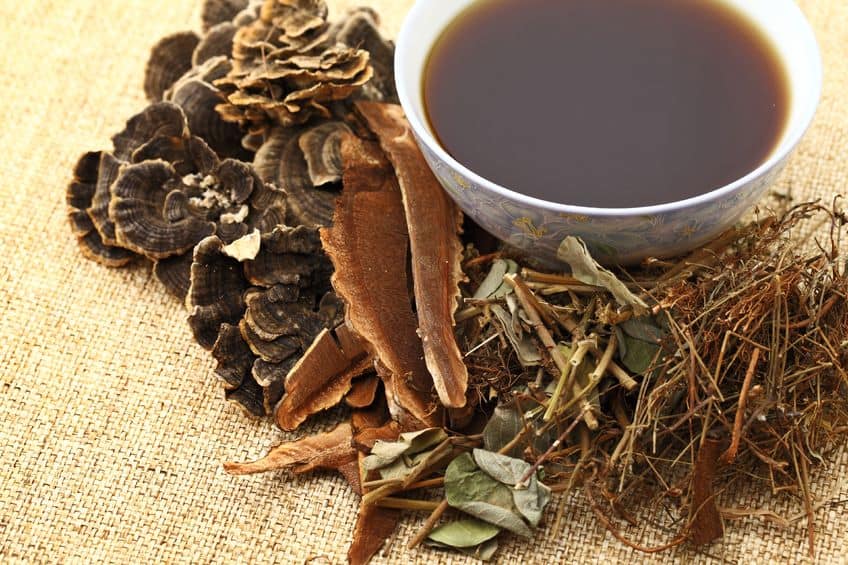 Traditional Chinese Medicine (TCM) is rooted in the belief that the human body can be healed and treated based on the laws of nature. This ancient set of medical practices contends that rather than treating the symptoms of a patient’s illness, doctors should instead focus on identifying and curing the root causes of medical ailments. TCM stresses that an individual’s body, mind, emotions and spirit are fully intertwined, and should be viewed as one singular entity.

TCM uses several different methods to treat and heal medical patients; these methods are Qigong, Herbal Therapy, Acupuncture, Acupressure, Healing Foods and Chinese Psychology. Qigong is a compilation of simple body movements, body postures and breathing exercises. Herbal Therapy uses herbal mixtures and formulas to bolster the performance of the body’s vital organs. Acupuncture involves the use of needles on key parts of the human body, whereas Acupressure relies on hand movements and gestures to heal bodily afflictions. TCM practitioners also treat patients with specific foods, which are selected based on their energy characteristics. Finally, doctors using TCM make heavy use of Chinese psychology, which seeks to determine the impact a patient’s emotions have on his or her internal organs.

The cornerstone of Traditional Chinese Medicine is an energy known as Qi. TCM contends that Qi travels through the human body on twelve energy pathways, which are linked to the body’s vital organs. Qi consists of two key elements; the first is power (also referred to as force), and the second is conscious intelligence. TCM states that many bodily ailments can be blamed on problems stemming from a person’s Qi. For example, a patient showing symptoms consistent with Chronic Fatigue Syndrome will likely be diagnosed as having a deficiency of Qi in a particular organ. Additionally, TCM doctors believe that many common maladies, such as headaches or stomach aches, are a result of Qi being blocked from reaching specific parts of the body. TCM practitioners refer to this condition as “Qi stagnation.”

TCM also holds that Qi and blood have a mutually beneficial relationship. Blood supplies key nutrients to Qi, and transports it throughout the body. In return, Qi provides blood with the necessary intelligence and directional sense to allow it to move effectively throughout the body. Given the close relationship between blood and Qi, TCM believes that a significant loss of blood will lead to a deficiency of Qi.

In order for a person to reach and maintain an optimum state of health, Traditional Chinese Medicine claims that an individual must follow the laws of the Universe. These laws are referred to as the Five Element Theory. The five elements used in this theory are Wood, Fire, Earth, Metal and Water. According to the Five Element Theory, the body’s five major organ systems – the Liver/Gallbladder, Heart/Small Intestine, Spleen/Stomach, Lung/Large Intestine, and Kidney/Urinary Bladder – directly correspond to one of the five elements.

TCM theory holds that each element gives energy to another. In this relationship, one element plays the role of the “mother,” while the other is the “child.” Essentially, this allows the body’s organs to function as a continuous loop which constantly exchanges energy. In addition to transferring energy, each element controls and restrains another element. This prevents one organ from acting too weak or strong in relation to its partner organ. As long as this system runs smoothly, a person should be able to maintain good health. If the relationship between organs becomes unbalanced, the patient will fall ill.

TCM doctors typically make diagnoses based on the Five Element Theory. A patient with skin problems, for instance, will likely be diagnosed as having problems with his or her lungs and large intestine. This is because TCM believes that skin represents the tissue of the lungs. Given the close relationship between lungs and the large intestine, a patient’s large intestine may need to be treated as well.

In TCM practice, Qi is transferred through an interconnected series of pathways inside the body. These pathways, known as meridians, also link the body’s organs to one another, enabling Qi to flow from organ to organ. When one or more of these pathways is blocked, the body’s organs run the high risk of running low on Qi. Should one organ be affected by low Qi, it will eventually impact the body’s other organs. In addition, meridians allow for the transfer of information between organs.

Meridians serve as a highway for healing energy, allowing such energy to be transported to distressed parts of the body. By stimulating certain spots along the meridians, TCM doctors believe they can increase the flow of healing energy to bodily areas affected by illness. The practices of Acupuncture and Acupressure are rooted in this exact theory.

The Yin and the Yang

Another crucial aspect of Traditional Chinese Medicine is the concept of the Yin and the Yang. The Yin and Yang represent two co-dependent energies that cannot be separated or even exist without the other. For example, the sun can be considered the yang to the moon’s yin. When one energy source is affected by various problems, the other will also suffer as a result.

When applied to the body, TCM states that yin and yang must remain in constant harmony and balance. In TCM, these terms are not interchangeable. Balance is used to describe the relationship between the organs, such as the heart and kidney. For organs to achieve harmony, however, they must be able to blend their respective energies into a seamless and effective entity. Good health not only requires harmony within a person’s body, but also between humans and nature. When nature’s Qi changes from season to season, a person’s Qi should react accordingly. Should a patient have difficulty adjusting to a change in seasons, he or she will likely be affected by illness.

An example of such an illness is hot flashes. In TCM theory, this condition is caused by a low amount of Qi in a person’s body. If symptoms of hot flashes appear during the day, the patient is believed to be suffering from yang Qi deficiency. Likewise, night time hot flashes are blamed on a lack of yin Qi.