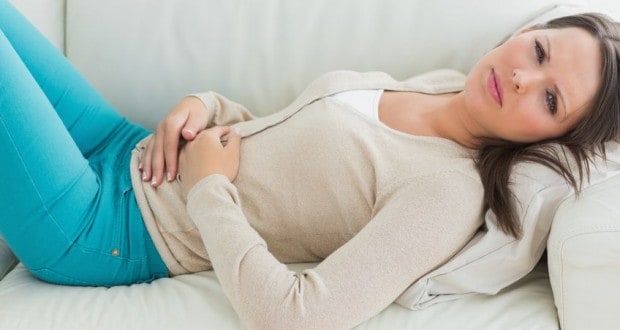 The consequences of eating nutritionally dubious foods are pretty obvious, even to those who know little about proper dieting or nutrition. Consuming a steady diet of junk food is a surefire way to increase your risk of hypertension, heart disease and obesity, along with several other health-related problems. Another drawback of poor dietary choices is a bloated stomach, a condition that occurs when the stomach feels full and tight. In some cases, the stomach’s actual appearance echoes these symptoms, becoming noticeably swollen for a short period of time.

As you might expect, it’s not too challenging to identify the culinary culprits behind stomach bloating. Likewise, the foods that can soothe the stomach already enjoy strong reputations among consumers and nutritionists alike. If you’ve struggled with recurring stomach bloating, the following dietary changes may prove to be especially helpful.

What to Avoid or Limit

Salt – Few seasonings can improve the taste of a given product as much as salt. This fact explains why salt has such a ubiquitous presence at the grocery store; everything from crackers to bread to cold cuts to soup is loaded with sodium chloride (salt’s chemical name, for those who don’t remember much from high school chemistry). Once inside the body, salt acts as a sort of magnet for water. Water retention is one of the biggest reasons behind stomach bloating.

Excessive Carbohydrates – Carbohydrates have been the subject of much debate in recent years, with some diets claiming that they should be consumed in minimal amounts. While carbs come in both good and bad varieties, consuming any type of carbohydrate to excess can lead to some unpleasant digestive issues.

One type of carbohydrate that can lead to a bloated stomach is glycogen, which is stored in the body’s muscles and used as an energy source. In order to stockpile glycogen, the body needs to devote 3 grams of water per each gram of glycogen. Of course, this extra water can cause the stomach to swell in size. By cutting back on the carbs, the body is given the chance to burn off its glycogen reserves.

Fried Foods – Fried foods are hardly the cornerstone of a healthy diet, as the frying process leaves sends their levels of saturated fat and cholesterol through the roof. Furthermore, fired food tastes its time traversing through the digestive system, often causing the body to feel sluggish, lethargic and heavy.

Acidic Drinks – There’s no denying the popularity of coffee, tea and alcoholic beverages. In the United States alone, the combined sales of these drinks extend into the billions. Each of these popular items, however, is highly acidic, meaning that they can contribute to gas buildup within the digestive tract. While you may not have to give up on your favorite morning pick-me-ups, you should consider limiting their consumption if they are irritating your stomach.

There are two types of dietary fiber – soluble and insoluble. Insoluble fiber speeds up digestion while increasing the size of stools in the intestines. Getting a healthy amount of this nutrient allows the body to expel waste in a more efficient manner, reducing the frequency of stomach bloating. Shoppers in search of insoluble fiber should focus on vegetables, wheat bran and whole grains.

Potassium – As mentioned earlier, salt is one of the biggest factors behind bloated stomachs. Specifically, salt’s sodium content triggers water retention, which can then affect the stomach.

So what does any of this have to do with potassium? Believe or not, potassium works to reverse the effects of sodium, allowing it to reduce and prevent bloating caused by water retention. Potassium-rich products include bananas, lima beans, broccoli, skim milk, potatoes and peanuts.

Opt For Smaller Serving Sizes – With its high obesity rate, it’s no secret that overeating is a major problem in the United States. Aside from increasing the width of the waistline, excessively large serving sizes have left countless diners regretting their lack of restraint. One possible solution to this problem is to trade in the three-daily-meals diet in exchange for five to six smaller meals.

Put The Brakes On Your Eating Habits – Care to guess how long a meal should last? Ten minutes? Fifteen minutes, perhaps? Try a half-hour. Ideally, you should spend 30 minutes enjoying every meal. Safe to say, many of our meals are gone within half this amount of time.

This avalanche of incoming food puts a lot of pressure on your stomach; in addition to forcing an excessive amount of food into the body, scarfing down meals allows a good deal of air to flow into the mouth. Eating at a steady pace can not only reduce the workload on your stomach, but may also allow you to better enjoy your daily meals.