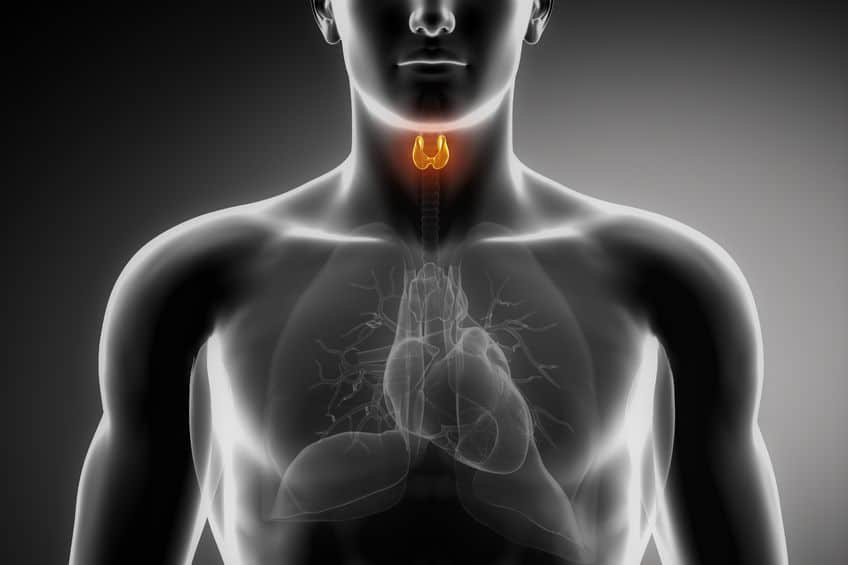 What’s Behind the Spike in Thyroid Cancer Rates?

Despite decades of research and billions of dollars spent on finding a cure, cancer still remains one of the biggest threats to the health of Americans. In the year 2010, only heart disease was responsible for more deaths in the United States. Aside from causing hundreds of thousands of deaths, the number of people diagnosed with cancer has steadily increased. A particularly distressing example of this trend involves thyroid cancer; for a yet undetermined reason, the number of Americans diagnosed with this disease has risen dramatically in recent years.

The Purpose of the Thyroid

Unlike the heart, brain, lungs and other areas frequently stricken with cancer, many people are not familiar with the thyroid or its purpose within the body. Located in the lower front area of the neck, the thyroid is a butterfly-shaped gland tasked with the production of two key hormones, known as triiodothyronine and thyroxine. Given their tongue-twisting names, these two chemicals are often referred to as T3 and T4 hormones, respectively.

Both of these hormones play an essential role in the health and maintenance of the body. Some of the T3 and T4 hormone’s responsibilities are shown below:

Since the thyroid is so important to our overall wellbeing, diseases that threaten the health of this gland are usually taken very seriously. This is especially true of thyroid cancer; aside from preventing the thyroid gland from working correctly, thyroid cancer can spread to the lymph nodes, lungs, liver or bones if left untreated.

Making matters worse is that thyroid cancer has become much more common since the mid 1970s. This was the conclusion of a 2014 study, which was published in the online version of the journal JAMA Otolaryngology — Head and Neck Surgery. According to this report, 4.9 out of every 100,000 people were diagnosed with thyroid cancer in the year 1975. By 2009, this figure had nearly tripled, reaching a rate of 14.3 per 100,000 Americans.

A Real Threat, or an Overdiagnosed Problem?

In light of all the anti-cancer efforts launched by government agencies and private organizations, steadily increasing cancer rates are understandably both frustrating and alarming. There is still much debate as to why an increasing number of people are developing thyroid cancer.

Some experts contend that the growing prevalence of this disease may be linked to the US’s obesity epidemic. Previous studies have lent credence to this possible connection. Research published in the February, 16th 2008 issue of the journal Lancet noted that a person’s weight could influence their cancer risk, including their odds of thyroid cancer. In this study, men who gained 33 pounds increased their odds of developing this condition by 33 percent. Likewise, the National Cancer Institute (NCI) states on its website that “increasing weight has been found to be associated with an increase in the risk of thyroid cancer” (link: http://www.cancer.gov/cancertopics/factsheet/Risk/obesity).

Another possible explanation is that rising thyroid cancer rates are simply a reflection of changing screening procedures. In general, the number of medical scans has risen sharply in recent years, with one 2012 study finding a 10 percent annual rise in imaging scans since 2004. Often times, scans undertaken for other purposes reveal previously undetected tumors on the thyroid.

The counter argument to this theory is that both large and small sized thyroid tumors have become more prevalent among Americans. While an increase in scans may explain why small tumors are now diagnosed more frequently, larger sized tumors are usually difficult to miss.

The authors of the report published in the JAMA journal offered their own opinion on the matter, stating that Americans were being “overdiagnosed” with papillary thyroid cancer, the most common form of cancer to afflict the thyroid. Many patients diagnosed with this illness, argue the researchers, are told they have papillary cancer despite having no apparent symptoms. In addition, the study notes that some thyroid cancer cases never develop to the point of threatening the patient’s long term health.

The growing number of thyroid cancer patients certainly warrants attention from both media outlets and medical researchers. Regardless of what is driving the rise in thyroid cancer rates, this issue will likely receive further study in the coming years.