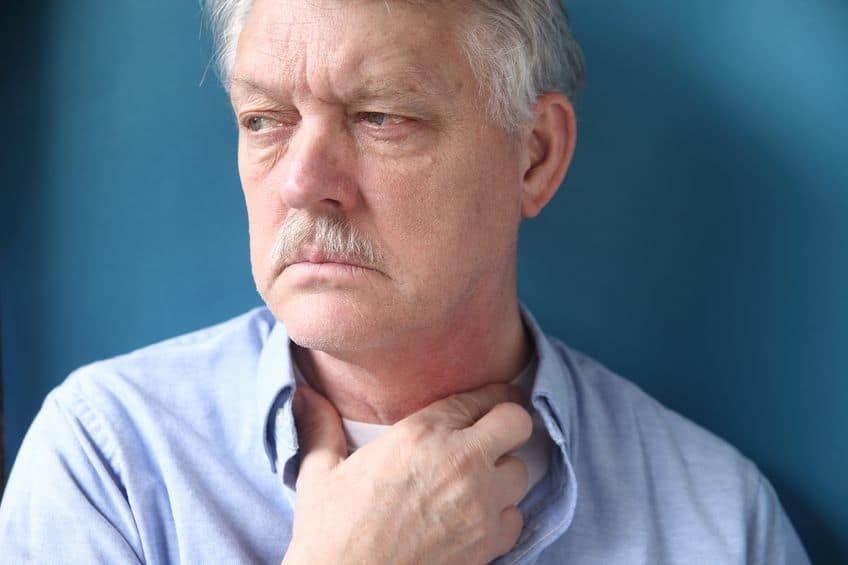 Losing Your Voice: The Symptoms of Laryngitis

It goes without saying that being sick makes getting through a typical day a lot more difficult. In addition to performing your routine tasks at both home and work, you are forced to do so with a runny nose, persistent cough and swollen nasal passages. In many cases, you’ll be forced to blow your nose every few minutes, or try to focus despite a pounding headache. Not surprisingly, your performance at work suffers due to the presence of such illnesses, and you probably won’t get much done around the house either. Even your ability to communicate with others is somewhat diminished (ever try talking with a thoroughly stuffed nose? Not fun).

When it comes to compromising your communication abilities, laryngitis has most other illnesses beat. Striking the throat area, this condition makes the simple act of speaking a difficult and painful chore. While laryngitis certainly makes it harder to slug through the day, following a handful of self-care guidelines can alleviate your symptoms and accelerate your recovery.

When the Throat Becomes Inflamed

Though its name might suggest a fairly complex disease, laryngitis simply refers to inflammation of the larynx, or what’s commonly referred to as your “voice box.” The larynx houses your vocal cords, which are simply two horizontal bands of muscle. In order to speak, your body first brings these two bands together. Upon doing this, your respiratory system sends a flow of air towards the throat, where it accumulates underneath the closed vocal cords. The pressure from this air quickly becomes too much for the cords to contain, forcing the cords to open up and allowing the air to pass through. After the air has vacated the throat, the pressure beneath the vocal cords abates. The cords immediately slam shut, and the process repeats anew. It is these movements of air (and subsequent changes in air pressure underneath the vocal cords) that produce our voices.

What sets laryngitis apart from other diseases is that it can be caused by several different culprits. This condition can actually be divided into two distinct illnesses – acute and chronic laryngitis. A nasty case of acute laryngitis could be caused by either viral infections, overuse of the vocal cords or bacterial infections (though this third possibility is exceptionally rare). Chronic laryngitis, in contrast, often develops after the vocal cords have been exposed the certain irritants over a prolonged period of time. Many of these irritants are listed below:

Some patients with chronic laryngitis develop small tissue growths known as throat polyps. Throat polyps can often be treated with rest or the removal of triggering factors (such as cigarette smoking), though large polyps might need to be surgically removed. It is also not unheard of for laryngitis patients to develop throat nodules, or growths that form on the vocal cords in response to overuse (recall that overtaxing the vocal cords can bring about laryngitis).

As one may expect, the recommended treatment for laryngitis depends on the factors causing it. In most cases, when an infectious cold or flu is to blame, treatment is simple and straightforward; patients are told to rest their vocal cords and moisturize the air in their homes with a humidifier or vaporizer. In addition, soothing liquids should also be used to help assuage the throat. Beverages that fit the bill include warm drinks like tea, soup, apple cider and bean soup. Water, orange juice, chick noodle soup and tea flavored with honey are also good bets.

Oddly enough, people recuperating from laryngitis should not whisper when talking to others, as this actually increases the stressed placed on the vocal cords. Instead, it is best to speak in a soft tone of voice when talking. Finally, patients are also encouraged to get as much sleep and rest as possible. By adhering to these treatment methods, the patient should see a full recovery in less than two weeks.

Laryngitis caused by acid reflux requires a much different strategy, one that focuses on the underlying digestive problem. There are numerous antacid medications available to those with acid reflux, all of which can be purchased without a prescription. A doctor may also recommend medications that reduce gas or limit the production of stomach acid in the patient’s body.

Aside from taking medications, acid reflux can also be successfully treated through certain lifestyle changes. Doctors usually tell patients to limit or avoid beverages that can exacerbate acid reflux symptoms, such as caffeinated sodas, alcohol and coffee. Those who are overweight or obese tend to face a higher risk of acid reflux; by losing weight, many patients simultaneously reduce or eliminate their acid reflux symptoms.

If excessive alcohol consumption or smoking is responsible for a patient’s laryngitis, the course of treatment is pretty self-evident; the patient must greatly reduce his or her intake of alcohol, and/or give up smoking cigarettes. Sinusitis, yet another cause of laryngitis, can be cured in fairly quickly with a combination of antihistamines, decongestants and pain relievers. Antibiotics may also be necessary if infections bacteria are present.