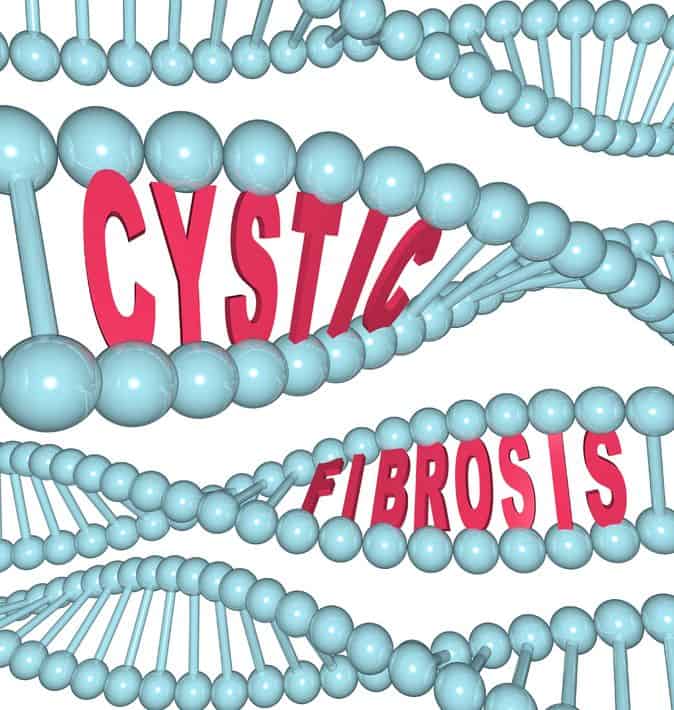 The Severe Impact of Cystic Fibrosis

In a perfect world, childhood would be a thoroughly carefree and idyllic experience, free of harsh illnesses that wreck the body’s health. Unfortunately, reality can be very cruel to the young, afflicting them with chronic illnesses that cause a variety of onerous symptoms. Cystic fibrosis is one such ailment, appearing in children at a young age and causing severe health problems throughout the body. What makes this particular condition so dreadful is that it is a genetic disorder, meaning that it is encoded in a patient’s very own DNA. While researchers have yet to find a way to cure cystic fibrosis, medical advances have given patients much improved prognoses and longer life spans.

It Starts with The Genes

Your body’s immune system has its hands full keeping foreign invaders from destroying your health. As challenging as this task may be, it pales in comparison to fending off an illness caused by your body’s own faulty programming. Each case of cystic fibrosis can be traced back to a defect in the cystic fibrosis transmembrane conductance regulator gene (mercifully abbreviated as the CFTR gene). Under normal circumstances, the CFTR gene regularly secretes a certain type of protein. In turn, these proteins are tasked with shifting salt and water in and out of the body’s cells, allowing these cells to produce a steady stream of mucus, tears and sweat.

In people stricken with cystic fibrosis, the inner workings of the CFTR gene have gone horribly awry. Instead of producing adequately functioning proteins, the CFTR releases proteins that are unable to carry out their assigned responsibilities. Because of this defect, the patient’s body produces mucus that is abnormally thick, and exudes sweat that contains a high amount of salt.

There is a small saving grace when it comes to the cystic fibrosis. The defective CFTR gene is classified as a recessive gene, meaning that a child must inherit a copy of it from both parents in order to get cystic fibrosis. Thanks to this characteristic, a child’s risk of receiving two copies of the warped CFTR gene is reduced to 25 percent (this figure would be 50 percent if the CFTR gene was dominant in nature).

A Barrage of Symptoms

Unlike other genetic illnesses, cystic fibrosis symptoms appear very early in the afflicted person’s life. An estimated 15 to 20 percent of cystic fibrosis patients come out of the womb with an intestinal blockage called a meconium ileus. Though this seaweed-like substance often exits the baby’s intestine during the child’s first bowel movement, it may dig in and continue to disrupt the development of the patient’s intestines.

Other newborns may initially appear to have pristine health, only to develop breathing problems four to six weeks after birth. These respiratory difficulties are frequently accompanied by an inability to gain weight, and perhaps persistent bouts of coughing and wheezing. Doctors are usually able to diagnose a patient with cystic fibrosis by the age of 2, though a small of number of cases go undiagnosed until adulthood.

After reading the above information, you’re probably wondering how thick mucus and salty sweat could interfere with the digestive and respiratory systems. The explanation behind this somewhat puzzling relationship is relatively straightforward. All of that mucus caused by the defective CFTR genes must go somewhere, and it usually winds up in the patient’s lungs and digestive tract. These areas do not respond well to this mucus buildup, and their performance begins to suffer. For example, mucus not only blocks the air passages of the lungs, but also provides a fertile breeding ground for harmful bacteria. Rampant bacterial growth often translates into frequent lung infections; eventually, these recurring infections can inflict permanent damage on the lungs.

Not content with affecting the lungs, the endless blobs of mucus also find their way into the pancreas, a fairly obscure organ wedged between the stomach and spine. The pancreas produces a constant supply of digestive enzymes, which the body uses to break down food in its intestines. These enzymes are shipped to the small intestines via a number of ducts attached to the pancreas. The excessive mucus caused by cystic fibrosis clogs up these ducts, preventing these vital enzymes from reaching their intended destination. Cut off from its supply of enzymes, the digestive system begins to malfunction badly, causing the patient to experience large bowel movements, gas, constipation, swollen stomach and general pain and discomfort.

The salty sweat associated with cystic fibrosis is also cause for much concern. By constantly excreting sweat filled the salt, the body’s levels of salt eventually reach dangerously low levels. As the body loses more and more salt, it likewise sees its reserves of vital minerals begin to diminish. Without sufficient supplies of these minerals, the body becomes eminently susceptible to ailments like low blood pressure, dehydration, fatigue, increased heart rate, heat stroke and feelings of overall weakness. In extreme cases, this overall mineral deficiency may prove fatal.

As if these problems were not distressing enough, the presence of cystic fibrosis greatly increases the patient’s risk of later developing diabetes. This genetic disorder can also cripple the reproductive capabilities of both men and women.

Cystic fibrosis is an opponent that can never be vanquished; given that it is hardwired into its victims’ DNA, there is no way for it to be purged from the body. The good news is that doctors have become much more adept at fighting this condition. Half a century ago, cystic fibrosis was a near-immediate death sentence, which the average infant living for 6 months before succumbing to the disease. Today, a newborn cystic fibrosis patient can expect to live about 35 to 40 years. This estimate rises to 50 years if the patient’s pancreas is not compromised.

When tending to cystic fibrosis patients, doctors focus on addressing and alleviating the disease’s hallmark symptoms. Different parts of the body require specific medications. Mucus accumulation in the lungs, for instance, can be treated with antibiotics and mucus-thinning medicines. If necessary, doctors can also use certain mechanical devices to physically expel mucus from the airways. Such equipment includes chest clappers and inflatable vests.

To addresses enzyme deficiencies in the intestine, patients are prescribed oral pancreatic enzymes. The recommended dosage for these capsules varies based on the patient’s overall health, diet, and weight. The patient’s reaction to this treatment also helps determine the size and amount of synthetic enzymes they take daily.

Surgical procedures might be necessary to treat the symptoms of especially severe cases of cystic fibrosis. It is not unheard of for patients to have blockages in their nasal passages (known as nasal polyps) surgically removed, and lung transplants might be needed for those with severe lung damage. Blockages in the intestines can be remedied with bowel surgery, and surgeons can also extract built up mucus from the body during endoscopies (endoscopies allow surgeons to access interior sections of the body with tube-shaped instruments, called endoscopes). Other forms of treatment include oxygen therapy (where the patient inhales pure oxygen) and feeding tubes, which can be surgically inserted into the abdomen or through the nose.