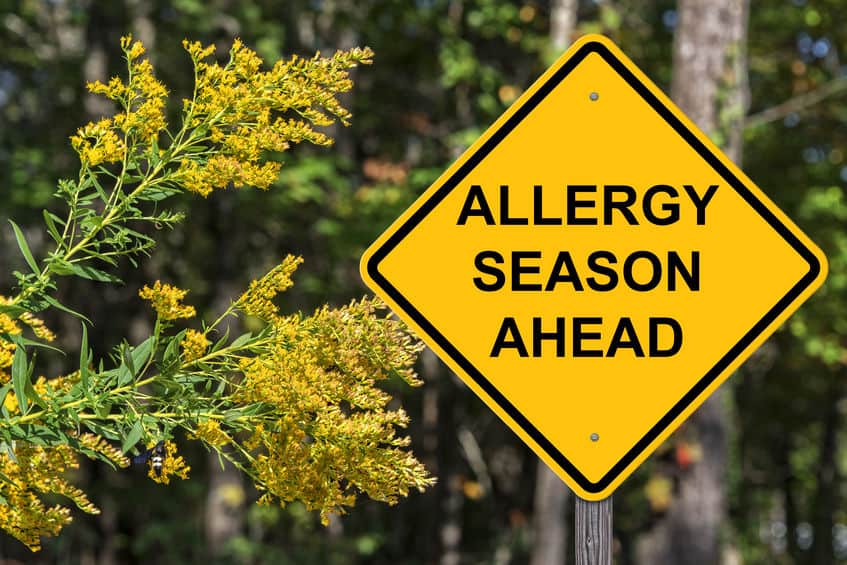 The Causes of – and Treatments for – Spring Allergies

The Problem of Pollen

So what’s the cause of all the allergy flare ups during the spring months? The answer to that question is pollen, an air-bourne powdery substance released by trees, plants and weeds of all types. Pollen is absolutely crucial for our environment; without it, there would be nothing to fertilize plants. By itself, pollen poses no threat whatsoever to the human body.

The problem is that the immune system often doesn’t see it that way. For those with allergies, the body’s defenses identify these tiny particles as hostile invaders, and react by releasing antibodies in order to destroy them. In turn, this causes the bloodstream to fill up with histamine, a chemical responsible for the many symptoms associated with allergies.
The release of histamine increases the blood flow in the pollen-affected region of the body – oftentimes, the area in question is the nasal passages. With this added blood flow comes tissue inflammation and increased mucus production. As a result, the allergy sufferer will likely begin to experience a runny nose, swollen nasal passages and itchy/watery eyes.

While allergies aren’t curable, there are plenty of options for dealing with allergy symptoms. Of course, while such products are often available over-the-counter, it’s wise to consult with an allergist regarding treatment options.

Antihistamines: As their name suggests, antihistamine medicines are designed to reduce the amount of histamine in your bloodstream.

Nasal Decongestants: Nasal decongestants likewise seek to constrict blood flow, the difference being that they are delivered to the nose in the form of a spray. As an added bonus, these products may not have the same side effects as liquid decongestants.