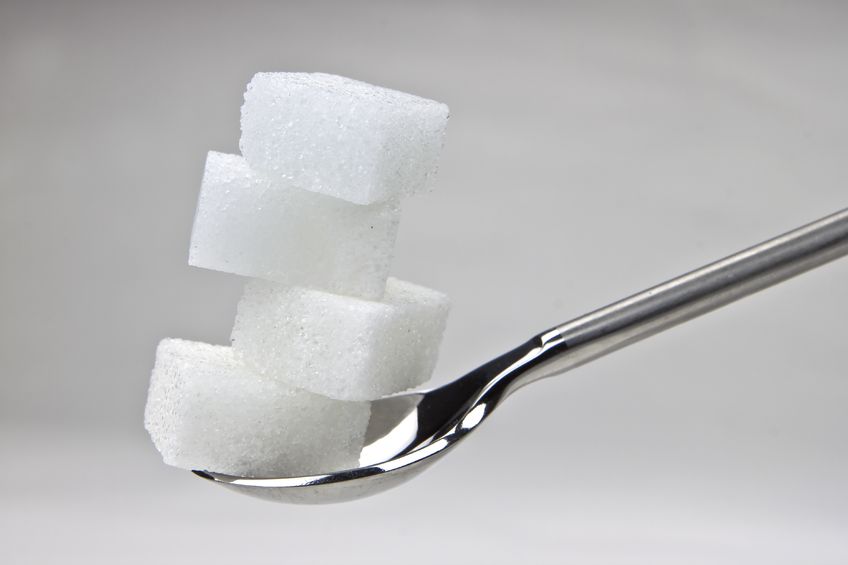 The Bitter Truth: Uncovering Hidden Sugar in Your Diet

Growing up, one of the things your mother probably warned you against was eating too much sugar. Such admonishments likely came up during trips to the grocery store; this author remembers making regular pleas to buy certain cereals and snacks, most of which were rejected due to the desired product’s high sugar content. Though you may not have liked her hard line stance against sugar, there is no denying that mom was right – a sugar-laden diet is often largely responsible for the appearance of several serious health problems, including type 2 diabetes, obesity, inflammation and high cholesterol, among other things.

Unfortunately, it seems that this sage advice has gone largely unheeded. According to the U.S. Department of Agriculture, the average adult in the United States scarfs down 30 teaspoons of added sugars every single day. This number is made even more distressing by the fact that it excludes natural sugars found in various foods and drinks. Even discounting the contribution of natural sugars, that 30 teaspoon figure is a pretty sobering statistic, equating to a nearly 500 daily calories. To put in another way, this means that the typical American gets 1/4th of their recommend daily caloric intake from added sugars, substances with virtually no nutritional value whatsoever.

You may think the problem could be easily fixed by avoiding obvious junk foods. To be sure, your body will benefit immediately once it no longer has to digest sugary fare like cookies, candy, soda and doughnuts. The problem is that sugar is often a very clandestine opponent, hiding in foods that are otherwise thought of as healthy. Consequentially, millions of consumers unwittingly gobble down teaspoon after teaspoon of hidden sugars, inadvertently sabotaging their own long-term health.

While it may seem that the odds are stacked against the health-conscious shopper, you can take solace in knowing that a number of deceptive foods have been exposed for their excessive sugar content. The next time you go grocery shopping, make sure to cast a questioning eye at the following “healthy” products.

Pasta Sauce – One of the last things that come to mind when eating sauce-drenched pasta is sugar. The alluring taste of your favorite pasta dish, however, might be largely attributable to this sweet-tasting additive. While tomatoes do contain some natural sugar (to the tune of roughly 3 grams per tomato), food manufacturers often add extra sugar into their pasta sauces as a way to enhance flavor. As a result, it’s not uncommon to find sauces that feature more than 8 grams of total sugar per each half cup. Next time you’re preparing an Italian pasta recipe, make sure to choose a sauce that is low in sugar additives.

Low Fat Flavored Yogurt – On the surface, there seems to be no downside to low fat flavored yogurts; they come in a wide range of flavors, boast high quantities of vitamin D and calcium and, of course, won’t contribute much in the way of fat to your diet. Yes, there are no drawbacks to eating a cup of low fat strawberry yogurt – except the massive amount of sugar it infuses into your body. A six ounce cup of flavored yogurt can easily have 25 or more grams sugar. A much better alternative is Greek yogurt, which often contains less sugar and sodium while offering a greater amount of protein.

Fruit Spreads – Millions of people chow down on peanut butter and jelly sandwiches during their lunch breaks. Though it would seem that such meals are both healthy and filling, a PBJ sandwich often doubles as a stealth sugar bomb. Many jams, jellies and preserves are brimming with multiple types of sugar; one leading brand of jam, for instance, features 12 grams of sugar in a single tablespoon.

Salad Dressing – It’s harder to think of a food more synonymous with healthy eating than salad. This sterling reputation is certainly well-deserved, as the vegetables used to make salad are rich in essential vitamins and minerals. Where diners often go wrong is when they pour various dressing onto their salads. Yes, salad dressings offer an immense amount of flavor, but that better taste comes at a price. A quick glance at the nutrition label will often reveal that your dressing is loaded with multiple sugars, some to the point of having as much sugar as a scoop of ice cream.

Oatmeal – How would like to start your day with a hidden injection of sugar? If your breakfast includes certain types of oatmeal, you might be doing exactly that. Sugar is usually found in the instant variations of this breakfast staple, with some products containing as much as 13 grams per serving. This shouldn’t dissuade you from eating oatmeal on a regular basis; provided you purchase a brand low in sugar, oatmeal makes for a nutrient-rich breakfast that guards against heart disease, weight gain and even cancer.

Whole Wheat Bread – Even if you take pains to avoid sugary spreads, you can still unknowing add sugar to your sandwich by picking the wrong kind of bread. While whole wheat bread is usually nutritionally superior to its white counterpart, food producers often sneak in sugar to boost its taste and, by extension, sales. The wheat bread you bring home from the supermarket might have as much as 1 to 2 teaspoons of sugar per slice.

Bottled Tea – You could make an argument that bottled tea is the liquid equivalent of yogurt –a nutrient-rich product that is undermined by a truckload of stealth sugar. Many consumers buy bottled teas for their ample supply of nutrients, which can include large amounts of vitamin C and ginseng. What these shoppers don’t realize is that their supposedly healthy drink has a dark side. One popular type of green tea actually contains more sugar than a Snickers candy bar.

The Many Aliases of Sugar

While the proceeding information will hopefully cause you be more vigilant while grocery shopping, it bears mentioning that food producers aren’t especially forthcoming when listing the sugar content of their various products. It’s common practice for sugar or similar sweeteners to be given misleading and/or innocuous labels. A sizable list of these pseudonyms is shown below:

The preceding article was written by an employee of Natural Knowledge 24/7.