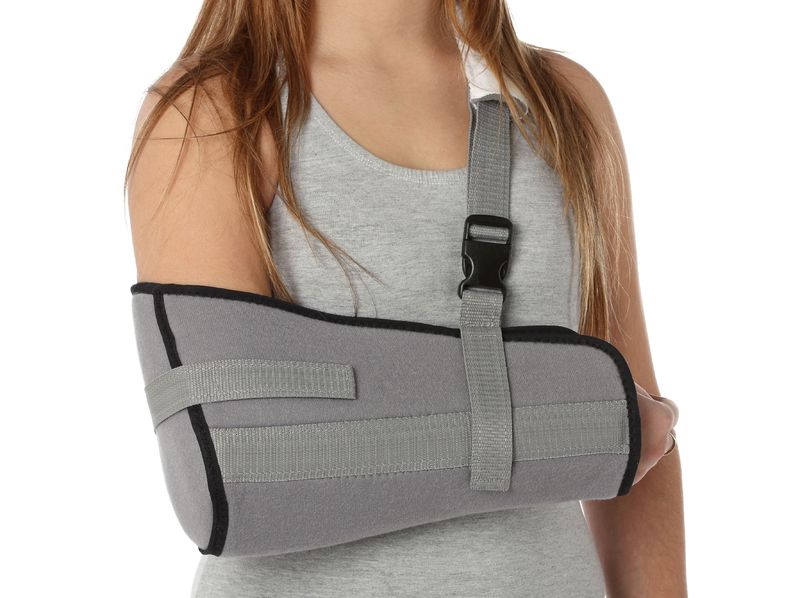 The Areas Most Vulnerable to Bone Fractures

Pizza is generally not considered health food, but you won’t find anyone blaming it for broken bones. Well, with the notable exception of Nate Burleson. The Detroit Lions wide receiver broke his arm in a September 2013 car crash, putting him in jeopardy of missing the rest of the Lion’s season. The reason for eleven-year veteran’s misfortune? Believe it or not, Burleson was momentarily distracted by a pizza falling off his dashboard, causing him to lose control of his car and slam it into a wall used for separating traffic.

Though the circumstances leading to Burleson’s bizarre accident are certainly rare, broken arms are unfortunately a common occurrence. Bone-breaking accidents are all too common; in fact, nearly 7 million Americans seek treating for bone fractures every single year (the term “bone fractures” is generally used interchangeably with “broken bones”). It is estimated that the average person in the industrialized world sustains two fractures during his or her lifetime.

Researchers have noted that some bones appear to be more prone to breaking than others. Below are some of the bones that most frequently send people to the emergency room.

When the word “bones” pops up, you probably think of bones located in the arms, legs or chest. The clavicle, also known as the collarbone, probably doesn’t’ jump to mind for most people. Of course, breaking a particular bone will immediately bring it to your attention, no matter where it’s located.

The clavicle is located atop your rib cage, and connects the sternum (the breastbone of the chest) to the back’s shoulder blades. A case could be made that the clavicle is one of the more underappreciated bones in the human body, since it is tasked with keeping the arm attached to the torso. Unfortunately, its location frequently puts it in the line of fire when the body is engaged in physical activity. Likewise, the clavicle’s slender and irregular shape also makes it susceptible to fracturing.

This human arm encompasses multiple bones with specific roles. The upper part of the arm features the humerus, whereas the forearm consists of the radius and the ulna. Despite this fact, injuries to each of arm’s bones are so frequent that they can arguably be lumped into a single category.

Exactly how common are broken arm bones? Fractures in one of the three arm bones account for roughly half of broken bones sustained by adults. A large portion of these cases are as a result of collisions or falls, with many being severe enough to fracture the bone in two or more places (such injuries are known as compound fractures). Another type of fracture that can strike the arm is spiral fractures, a particularly nasty injury in which the bone breaks after being twisted.

Patients who may have sustained a broken arm bone are encouraged to get proper medical care as soon as possible. While awaiting treatment, the arm can be immobilized with some sort of makeshift brace.

Given its flexibility, learning that the wrist consists of eight distinct bones may not come as a surprise. The carpal bones, as they are commonly known, allow the wrist to move fluidly and without pain. Of these eight bones, the scaphoid bone is the most likely to break; some sources estimate that broken scaphoid bones account for 60 to 70 percent of carpal fractures.

It warrants mentioning that many wrist fractures do not involve the carpal bones at all. Instead, the fracture occurs in the forearm’s radius bone, usually about an inch from where the radius connects to the carpals. This type of injury is commonly referred to as a Colles fracture. Colles fractures can often be attributed to falls. After losing their balance, many people instinctively throw their hands in front of their body. This forces the wrist to absorb much of the fall’s impact, possibly resulting in a broken radius bone.

In total, roughly 250,000 to 300,000 people in the United States suffer wrist fractures every year. They are most prevalent among senior citizens and young children. Regardless of the age of the patient, a possible wrist fracture should be taken very seriously. A number of people mistake wrist fractures for less-serious injuries, and do not seek medical treatment. Consequentially, the wrist may not properly heal, leading to chronic problems such as arthritis and carpal tunnel syndrome.

Even the strongest bones in the human body can fall victim to fracture. This is especially true in adults over age 50, many of whom experience a significant loss of bone calcium. As a result, older adults face an elevated risk of bone fractures, especially with regards to the hip. According to the AmericanAcademy of Orthopedic Surgeons, elderly patients accounted for four-fifths of hip fracture hospitalizations in 2010.

Similar to Colles fractures, a broken hip actually involves a fracture to an adjacent bone. Patients are diagnosed with hip fractures after breaking the end of their femur, the large bone inside the thigh. The end of the femur that connects to the hip is shaped somewhat like a ball; as a result, the hip joint is known as a “ball and socket” joint. Hip fractures develop near the ball of the femur, usually as a result of falls.

Seniors tend to suffer broken hips at a higher rate due to the effects of preexisting health conditions. For example, older adults with late stage Alzheimer’s often struggle with balance and coordination issues. Deteriorating eyesight, another problem that plagues the elderly, can also lead to falls.

Ankle injuries are often synonymous with ankle sprains. To be sure, ankle sprains are a very common problem. Each day, 25,000 Americans sprain an ankle, a figure that works out to over 9 million sprains every single year. Furthermore, ankle injuries of all type are responsible for 1 million emergency room visits annually.

The symptoms of an ankle fracture, such as swelling, bruising and difficulty walking, can closely mimic those of an ankle sprain. Because of this, some people who supposedly “sprain” their ankle are actually walking around with an ankle fracture. Each of the three bones that make up the ankle joint – the tibia, fibula and talus – can all be broken if subjected to enough stress. Ankle fractures can result from car accidents, falls or simply an awkward step. Athletes who partake in sports that require quick movements and/or physical contact can also sustain this injury.