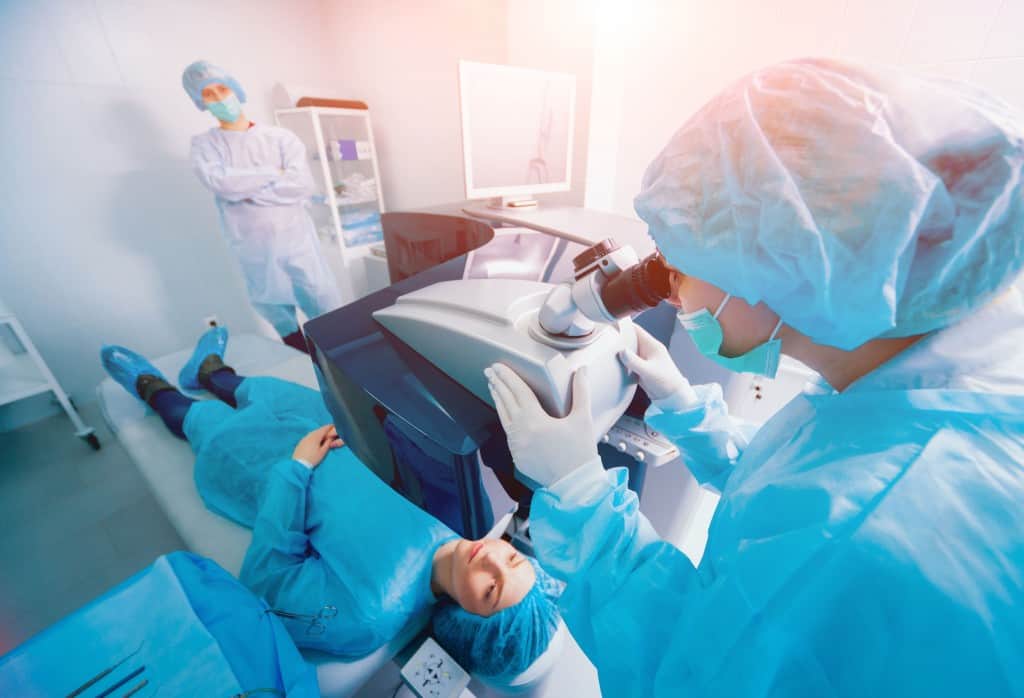 When it comes to addressing glaucoma, doctors frequently turn to eye drops as a first-line option. While often effective, this approach doesn’t work for everybody. Should this be the case, a doctor may advise surgery.

• Argon laser trabeculoplasty (ALT): ALT surgeries have a good track record of success, yielding positive results for 75% of patients with the most common form of glaucoma. The goal of this form of surgery is to drain pent up fluid stuck inside the eye.

• Selective laser trabeculoplasty (SLT): Should the ALT treatment prove unsuccessful, a doctor might decide to try a more targeted approach. SLT surgeries involve the use of low-level lasers aimed at the areas of the eye affected by pressure.

• Cyclophotocoagulation: In many cases, this option is used if the surgeries described above have not worked. A cyclophotocoagulation attempts to reduce persistent eye pressure by beaming a laser at a structure inserted into the eye.

The benefits of laser surgery are twofold; they are non-invasive, and they require a relatively short recovery time. Unfortunately, in some situations more traditional operations might prove necessary.

• Trabeculectomy: For this procedure, a surgeon will attempt to remove excess fluid by cutting an opening in the white part of the eye. To prevent the formation of scar tissue, the patient might be prescribed certain medications.

• Electrocautery: Electrocautery procedures address fluid build-up and eye pressure with the aid of a Trabectome, a heat device that transmits heat to the tissue inside of the patient’s eye. It is also used to make small cuts in the eye’s drainage tubes.

Generally speaking, a person who undergoes one of these options will need a few weeks to fully recover from surgery. Driving, reading and heavy lifting are usually prohibited during the recovery process.