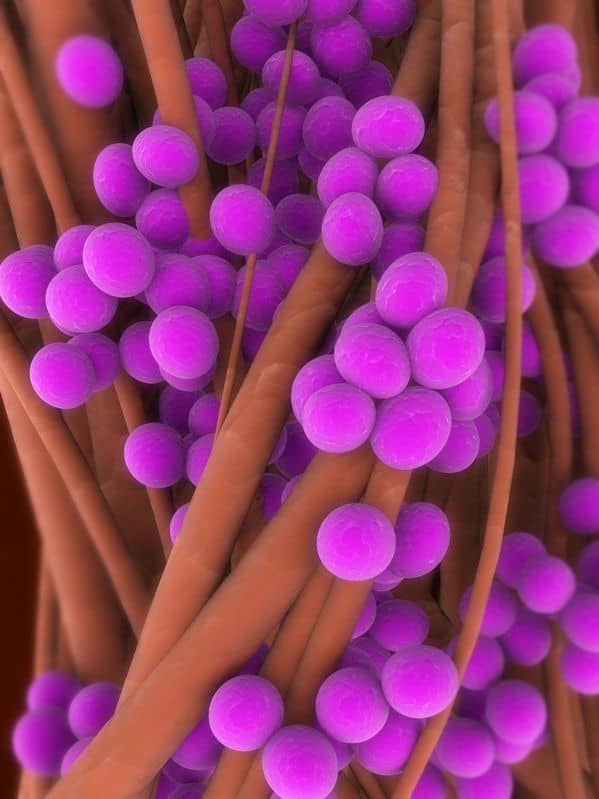 Is There a Superbug In Your Home?

People like to believe that the homes they live in are relatively clean. But imagine that a microscopic enemy, immune to most antibiotics, managed to get inside your house? A recent study has found that MRSA, a potentially deadly type of bacteria, has begun to invade residential homes in the United States.

The History and Spread of MRSA

Commonly referred to as s. aureus or staph, staphylococcus aureus is a very common bacterial species. First discovered in the late nineteenth century, s. aureus is found on roughly one-third of the world’s population. Despite its widespread presence, this bacterium generally causes no discernable health problems.

The term MRSA refers to a strain of staph that has developed a resistance to many antibiotic medications (the MRSA acronym stands for methicillin-resistant Staphylococcus aureus). The Centers for Disease Control and Prevention (CDC) estimates that two percent of Americans carry MRSA. As with s. aureus, MRSA is frequently asymptomatic. Instead of infecting patients, MRSA often colonizes some part of the patient’s body, meaning that the bacteria is present but not triggering symptoms. Colonization typically occurs inside the front part of the nose.

MRSA infections are not a pleasant experience. The afflicted area usually becomes swollen, painful and red. Pus also forms within the infection site. As troubling as these symptoms are, MRSA can cause even worse problems should it spread to the lungs. If this does occur, the patient could easily experience fever, coughing, chills and breathing difficulties. MRSA bacteria can also infect the bloodstream and urinary tract.

The CDC reports that roughly 5500 Americans die from MRSA every year. Furthermore, there is evidence that MRSA infections are becoming more commonplace, at least in certain environments. A 2012 study found that MRSA infections in academic hospitals doubled from 2003 to 2008.

From Hospitals to Households

Up until the late 1980s, MRSA had been generally confined to hospitals and nursing homes. The disease then migrated to other environments, usually cramped locations used by many people. As a result, this bacteria began appearing in dormitories, athletic facilities, military barracks and prisons.

MRSA may be making the leap into residential areas. According to a group of American and British researchers, private homes have become the latest “reservoir” for MRSA bacteria. This conclusion was based on a study of 161 New York City residents, all of whom contracted MRSA between the years 2009 and 2011.

Researchers also tested this group’s social contacts, along with the people they currently lived with. Additionally, subjects with no history of MRSA infection were also studied. Samples from these participants were subsequently checked for MRSA bacteria.

This data revealed that people living in the same residence shared very similar bacteria. In other words, a person living with an MRSA patient will likely have this bacteria on their body. Samples from separate households, in contrast, frequently differed in terms of their genetic makeup. The researchers also concluded that private homes could be used as a breeding ground for MRSA bacteria. Specifically, an MRSA strain known as USA300 was found to be festering in many households.

In the opinion of the researchers, treating individual patients isn’t enough to control the spread of MRSA. Instead, efforts should be made to completely eradicate this bacteria from household environments. Some methods for preventing the spread of MRSA are shown below:

The study also offered an explanation for USA300’s growing presence. Many common bacterial infections are treated with a class of antibiotics known as fluoroquinolones. The researchers theorized that USA300 bacteria encountered small amounts of these medications, allowing them to build up their defenses against it. To prevent MRSA bacteria from developing additional drug-resistance, the study’s authors stressed the need to limit the use of antibiotic medications.