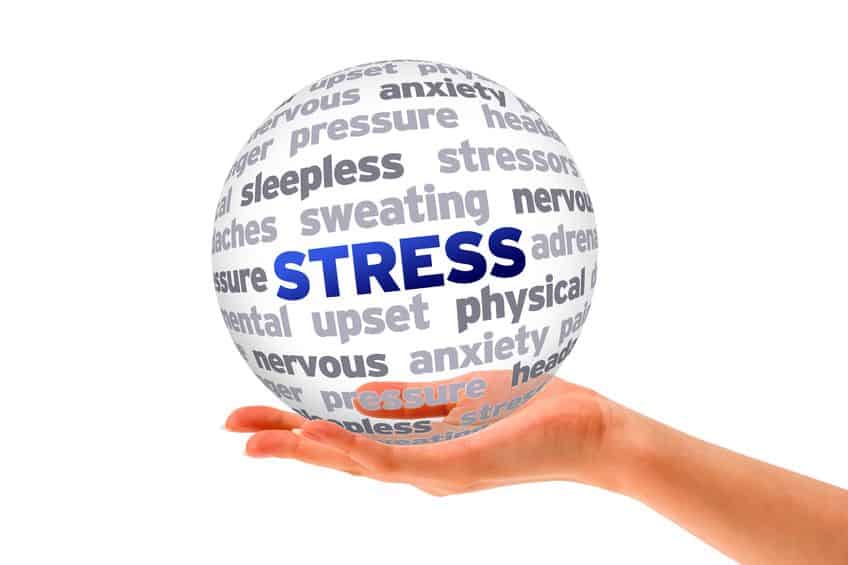 Stressed Out All the Time? Maybe it’s Your Genes

All of us deal with stress at some point or another. However, you may have noticed that some people are more prone to stress-related irritability and outbursts than others. This may be more than just a personality quirk; your genes might have a significant say in the amount of stress (or lack thereof) you encounter on a regular basis. Furthermore, people who succumb to stress fairly easily may experience more problems with their cardiovascular system.

The Role of the Amygdalae

To determine if stress could be blamed on genetic factors, a recent study monitored the brain activities of volunteers when exposed to stress. This particular report was spearheaded by Guillen Fernandez, a professor at the Netherlands-based Donders Institute for Brain, Cognition and Behavior. For his research, Fernandez asked participants to watch violent movie clips, followed by pictures of people making angry and fearful facial expressions.

What caught Fernandez’s attention was a segment of the brain known as the amygdala. Your brain actually has a pair of amygala, which are together called the amygdalae. The amygdalae strongly influences the fearful responses humans have to certain stimuli. It has also been linked to feelings of anger and pleasure. After viewing these stress-inducing film clips and images, Fernandez noted that the amygdalae were noticeably more active in subject who possessed the “stressed-out” or “stress” gene. This led Fernandez to theorize that, when under pressure, the “stressed-out” gene causes people to act… well, more stressed out.

Another recent study examining the issue of stress and genetics was published in January 2012. Appearing in that month’s issue of the Organizational Behavior and Human Decision Processes, this study examined approximately 300 pairs of fraternal and identical Swedish twins.

A number of noteworthy findings were featured in this report. The data obtained from the twins lead researchers to conclude that job-induced stress and overall health were heavily influenced by personality. Furthermore, nearly half (45%) of differences between personality types could be attributed to genetics. Since a person’s susceptibility to stress is based largely on personality, and because personality is heavily influenced by our genetic makeup, the study argued that the genes a person receives play a key role in determining how much stress they feel at work.

In terms of work-related stress, the study found that genes were responsible for 32% of the total difference in worker stress levels. Likewise, 35% and 47% of the respective gaps in worker satisfaction and health problems could be attributed to genetics.

The Stress Gene and the Heart

Since there is a fair amount of evidence indicating that a “stress gene” does indeed exist, one question immediately pops to mind – how does this trait impact our heath? The answer might have to do with one of the most crucial parts of the body. According to a 2013 study, a genetic predisposition to stress could be especially dangerous to people with heart disease. Released by the Duke University School of Medicine, this report found that this gene could prove especially dangerous for those with heart disease.

The Duke research team drew this conclusion after observing more than 6,100 volunteers, with males comprising two-thirds of this group. In order to gauge the impact of the stress gene on heart health, each participant had a catheter tube inserted into his or her arm, a procedure known as cardiac catheterization. The data collected by the study’s authors revealed that that 13 percent of their subjects carried the “stress gene.”

All participants were observed for a six year period. During this timeframe, the researchers noticed that subjects with the stress gene were 40 percent more likely to suffer heart attacks and die from heart-related health issues. In order to confirm this relationship, other determining factors were taken into consideration, such as age, weight, smoking habits and the severity of each volunteer’s heart disease. Even when factoring such variables into the equation, the connection between the “stress gene” and poorer heart health remained intact.

The study’s authors theorized that the stress gene’s impact on the heart might be due to a hormone called cortisol. Since the amount of cortisol increases in the bloodstream during stressful situations, this chemical is often referred to as the “stress hormone.” The research team speculated that this extra cortisol sets off a sort of chain reaction, causing the body to produce greater amounts of MMP9 enzymes. In turn, these MMP9 enzymes set about dismantling arterial plaques, thick and waxy substances which cling to the walls of blood vessels. The pieces of these plaques then form blockages in the heart’s arteries, finally triggering a heart attack. While this theory might provide a reasonable explanation, the Duke Medicine team cautions that more research into the subject is needed.