Nowadays, people just can’t seem to put down their smartphones. Aside from staring at apps, much of this screen time is dedicated to texting. Given this trend, it shouldn’t come as a surprise that texting-while-driving laws became necessary. Now, a new report shows just how useful these new laws are.

This study comes courtesy of researchers from Texas A&M University. Publishing their work in the American Journal of Public Health, the team looked at both primary and secondary bans on texting. Primary bans on texting allow police officers to issue citations to drivers who are either texting while driving, or who have a cell phone in hand while operating their vehicle. In contrast, secondary bans limit officers to issuing citations only after stopping drivers for other traffic offenses, such as running a red light or speeding.

In states that had enacted primary bans, the authors concluded that primary texting bans had a notable impact on driver safety, causing ER visits due to motor vehicle accidents to decline by 4 percent. In terms of total accidents, this translated to 1,632 fewer collisions. While not as effective as primary bans, secondary bans on texting while driving were likewise found to curb serious automotive accidents.

Distracted drivers are often dangerous drivers. According to the National Highway Traffic Safety Administration (NHTSA), nearly all (94%) of all car crashers can be blamed on drivers who are not totally focused on the road. Oftentimes, such drivers are too busy fiddling with their phones, or are simply too tired to drive safely. 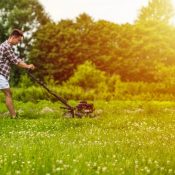 Lawnmowers: More Dangerous Than You Think

When it comes to dangerous machinery, lawn mowers probably aren’t the first device to come to mind. While necessary … 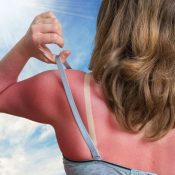 It goes without saying that sun burns are no fun to deal with. While the summer months can be … 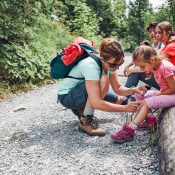 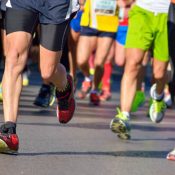 Time to Pump the Brakes? Marathons and Your Kidneys

It takes much will power, effort and perseverance to complete a marathon. Completing this type of race – all …