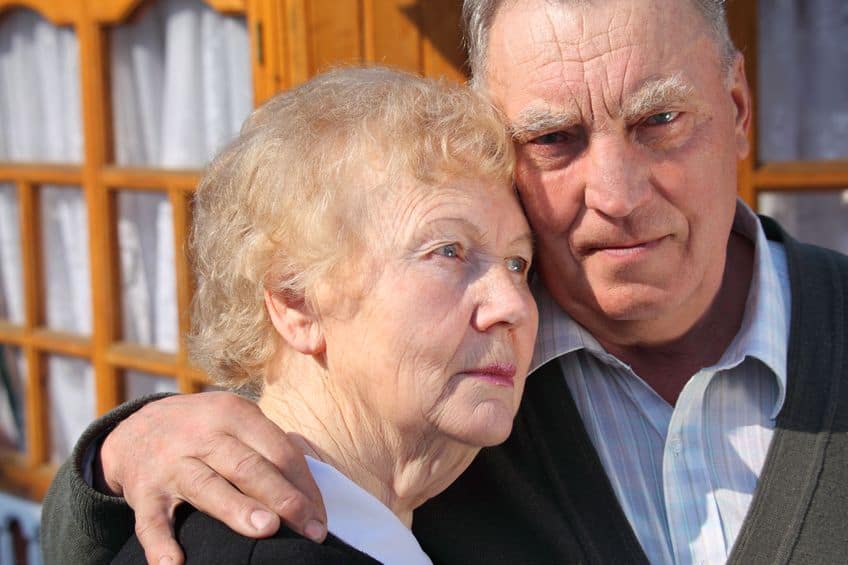 Can Spousal Death Threaten Your Health?

There are fewer things more painful in life than the passing of a loved one. The grieving process can last for months or years, and can make life’s challenges much more difficult. Aside from the emotional fallout, studies have found that the loss of those close to us can adversely affect the body’s physical wellbeing. Specifically, the death of a spouse may cause the surviving widow or widower to suffer heart attack, stroke and other health-related problems.

In the immediate weeks following their spouse’s death, older adults face an elevated risk of both stroke and heart attack. This was the finding of a study of more than 113,000 subjects in the United Kingdom. Of this group of participants, roughly 30,000 subjects had lost a husband or wife between 2005 and 2012; the ages of these individuals ranged from 60 to 89. The remaining 83,000 subjects, all of whom fell into a similar age range, had partners who were still alive at the conclusion of the study.

Within the first 30 days following their spouse’s death, a total of fifty surviving partners had either a stroke or heart attack. This figure represented 0.16% of the 30,000 people in the widow/widower group. In contrast, only .08% of those with living spouses suffered from these maladies. Even after factoring in other variables that could theoretically explain these differing results – such as age and prior history of heart disease and high blood pressure – the gap between the two groups persisted.

This research was first published in February 2014 in the journal JAMA Internal Medicine. The report, which was authored by a team of researchers from London’s St. George University, could not provide a definitive answer to explain its findings. According to the research team, one possible explanation is that people who lose their spouses may become exceedingly despondent, to the point that they neglect their own health. Furthermore, previous studies have noted that the grieving process may negatively affect both blood pressure and stress hormone production. The surviving spouse’s body might also have problems involving blood clots.

A 2012 study likewise found that people experience declining health following the loss of a loved one. Appearing in the January 9th, 2002 issue of the journal Circulation, this research based drew its conclusions based on data from 2,000 heart attack survivors. Each of these individuals had a documented heart attack between the years 1989 and 1994; some were interviewed directly, while others had their medical charts reviewed by researchers.

In the six month period following the death of a loved one, the authors of the study found that 270 subjects suffered a heart attack. The data also revealed that 19 people had a heart attack just one day after losing someone close to them. In short, this meant that a person undergoing such trauma faced a 21-fold increase in heart attack risk the day after a loved one’s death. After a week of mourning, this figure declined to a 6-fold risk increase, and continued to drop at a steady pace over the proceeding month.

Hospitalization and Risk of Death

There is also evidence which suggests that spousal hospitalization also has a negative effect on human health. A report released in February 2006 concluded that senior men and women are at greater risk of dying after their spouse is hospitalized. This particular study monitored more than half a million couples from 1993 to 2001. All subjects were enrolled in Medicare and were over the age of 65. The financial backing for the study was provided by the National Institute on Aging (NIA).

The hospitalization of a partner was found to be about one-fourth as bad for the body as the actual death of a spouse. However, the impact of such an event varied widely based on the reason for the spouse’s misfortune. For example, there appears to be little increased risk of death for the husbands of wives battling colon cancer. Men married to women with heart disease, on the other hand, saw their odds of dying increase by 12 percent after their wives were hospitalized. Likewise, men whose wives were hospitalized for psychiatric disease and dementia had their mortality risk spike by 19 and 22 percent, respectively.

The research team offered two possible answers as to why the health of husbands and wives appears to be intertwined. First, an ill spouse might need so much care and attention that the other partner is deprived of “emotional, economic or other practical support.” Additionally, the non-hospitalized partner might be thrust into the role of caregiver, and the resulting stress might steadily undermine his or her health.

Since multiple studies indicate that our health is influenced by the wellbeing of those close to us, adults should closely monitor their health when loved ones are hospitalized. Under such circumstances, it is crucial to seek medical attention when experiencing the signs of serious diseases and conditions. Likewise, those with chronic medical problems should remain vigilant about taking their medications.