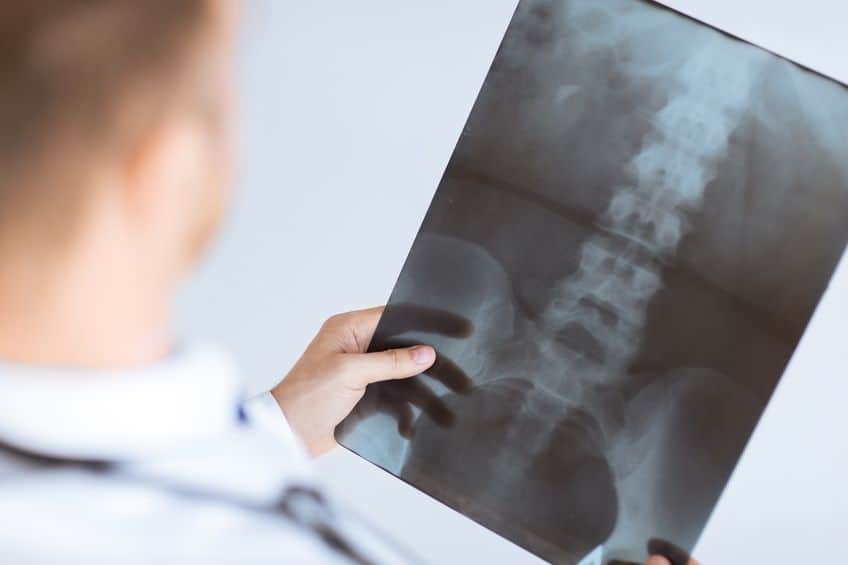 Spinal Fractures: Healing the Backbone of the Body

Virtually all sports have some element of injury risk to them, a fact that is often made painfully obvious during football and hockey games. You can also add motor sports to this list; it’s certainly not hard to envision injuries in sports that feature vehicles moving well in excess of 100 miles per hour. A prime example of this occurred at the 2013 Houston Grand Prix, a major event in the IndyCar Series racing circuit. Dario Franchitti, a three-time winner of the Indianapolis 500, collided with another car during this race, forcing his car to flip into the air and crash into a fence.

As bad as this accident was, Franchitti was relatively lucky – according to the Associated Press, the 40-year old Scotsman will not need surgery to repair his injuries. In total, Franchitti left the Houston Grand Prix with a concussion, a fractured right ankle and two fractured vertebrae.

While making it as a professional race car driver is a rarely achieved feat, and drivers with three Indianapolis 500 wins are even rarer, vertebrae fractures are not an uncommon occurrence. Every year, an estimated 700,000 Americans suffer fractures somewhere along their vertebral column. Like any broken bone (the terms “broken bone” and “fracture” tend be used interchangeably), mending fractured vertebrae requires both patience and proper medical care.

The Causes of Vertebrae Fractures

After reading the story above, it probably won’t come as a shock to learn that spinal fractures often result from high-energy traumatic accidents; in other words, events in which the patient collides or is struck with an external force or object, many times at great speed. Examples of such accidents include car wrecks, gunshot wounds, sports accidents and falls from significant heights.

Of course, very few patients who sustain spinal fractures race on the IndyCar circuit, and many are not involved in traumatic accidents whatsoever. Instead, the cause of these patients’ medical woes is a familiar opponent – osteoporosis. Osteoporosis saps bones of their strength, leaving them abnormally frail and prone to fracture. The groups most likely to develop this condition are postmenopausal Caucasian and Asian women over the age of fifty.

Vertebrae weakened by osteoporosis can buckle even under minor pressure. For example, an osteoporosis patient might suffer a spinal fracture when bending to pick up an object, slipping on a wet floor or by simply taking a few awkward steps. Surprisingly, many older patients do not seek treatment for fractured vertebrae, mistakenly believing that they are just age-related aches and pains. Consequentially, an estimated two-thirds of spinal fractures remain undiagnosed.

Various types of cancer are a third culprit behind vertebrae fractures. One of the reasons why cancer is so deadly is its ability to spread to other areas of the body, including the spinal column. Cancer cells that originate in the breasts, kidneys, lungs or prostate can eventually find their way to the spine, causing tumors to form and weakening the individual vertebrae. In addition, two other forms of cancer, multiple myeloma and lymphoma, are responsible for a significant number of spinal fractures.

The Many Ways to Break Vertebrae

Another factor that makes this injury so problematic is that there are many different types of spinal fractures. The spine itself includes five specific regions, encompassing a set number of vertebrae. These sections (along with the number of vertebrae they contain) are listed in the table below:

When the vertebra of these sections fracture, the resultant injury is classified based on which pattern it best fits. There are three such patterns, known as flexion, extension and rotation fractures. The characteristics of these injuries differ significantly, and each requires a certain treatment protocol for the patient to fully heal.

This type of fracture can be further subdivided into two injuries; compression and axial burst fractures. A compression fracture occurs when the front section of the vertebrae breaks and begins to cave in on itself. As a result, this piece of vertebrae winds up scrunched between the discs above and below it, leading to a good deal of persistent pain.

While the damage from compression fractures is limited to the front of the vertebra, axial burst fractures result in the entire bone being crushed. The spine often sustains such an injury when the patient lands on his or her feet after falling a great distance. Burst fractures force the shattered vertebrae to be pushed outward in all directions, which in turn could damage the surrounding spinal cord and nerves.

Injuries that fit the extension fracture pattern are known as flexion or distraction fractures. Rather than crushing the vertebrae, flexion/distraction fractures cause the spine’s bones to be pulled apart from one another. Such a scenario often unfolds during car accidents, when the upper body is jolted forward while its lower sections are restrained by a seat belt. Because of this fact, this fracture has been given the nickname of “the seat belt injury” (it is also referred to as a “Chance fracture”).

The Rotation Fracture Pattern includes two types of fractures. Transverse process fractures, a rare spinal injury, occur when the torso rotates in an extreme manner. A person can also sustain this injury if their body makes a sharp sideways bending movement. The second type of fracture, know as fracture-dislocations, can easily cause a great deal of damage to the patient’s spine. Fracture-dislocations rip the affected vertebra from the vertebra bone beneath it, damaging the surrounding tissues and often causing serious spinal cord compression (a condition in which pressure is placed upon the spine’s nerves).

Given the differences between the injuries described above, a patient who suffers fractured vertebrae could be assigned several different forms of treatment. Some fractures can be solved without a surgeon’s knife, while others might require immediate surgery. Most people with flexion pattern fractures are given a brace to wear for 6 to 12 weeks, and are also assigned physical therapy program to strengthen the spine. Surgery is usually prescribed for burst fractures that cause nerve damage, a loss in height or excessive forward bending. Vertebrae that have been shattered into many pieces might also require surgery to fix.

If an extension-pattern fracture has not affected the surrounding ligaments, a patient will generally be treated with either a cast or brace. Conversely, surgery will likely be necessary if the spine’s posterior ligaments have been damaged, or if the fracture penetrates an adjacent disc.

The methods used to remedy transverse process fractures and fracture-dislocations are at nearly opposite ends of the treatment spectrum. A person with a transverse process fracture may not even need a brace; instead, a doctor may be able to heal the injury simply by telling the patient to limit his or her range of motion. Certain pain relievers are often used to make the healing process easier. As the fracture heals, the patient can be allowed more freedom of movement.

In stark contrast, surgery is crucial for repairing fracture-dislocations, as such injuries can cause permanent damage to the spinal cord and surrounding nerves if not properly treated. Such procedures often involve the use of screws, rods and cages to realign the damaged vertebrae.