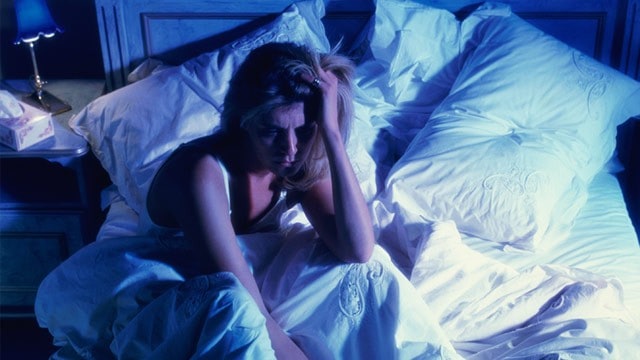 Sleep, Stress and Inflammation: How All Three Might be Linked

It’s a well known fact that many people fail to get a sufficient amount of sleep. The possible consequences of sleep deprivation are numerous; the Centers for Disease Control and Prevention (CDC) notes that insufficient sleep has been associated with conditions such as cardiovascular disease, diabetes and obesity. In addition, evidence suggests that a lack of sleep could make older adults more vulnerable to the effects of stress.

A study appearing in American Journal of Geriatric Psychiatry found that, when exposed to stressful circumstances, older adults with poor sleeping habits could be at greater risk of developing inflammation. The report examined a group of 83 subjects.

These participants had an average age of 61, and were in overall good health. Each adult was required to detail their quality of sleep, stress levels and feelings of loneliness. In addition, they were also asked about their use of medications. The study then divided the adults into two separate categories ‒ “good sleepers” and “poor sleepers.” Slightly more than a quarter (27 percent) of the subjects fell into the latter grouping.

For their study, the researchers measured how stressful situations affected levels of interleukin-6 (IL-6), a type of protein that can cause inflammation.To induce stress in their subjects, the researchers relied on a succession of tests designed to test both verbal and working memory. Verbal memory refers to a person’s ability to recall words in both written and spoken form. In contrast, the brain’s working memory allows us to store valuable information, and to recall such data when needed.

Testing occurred over the course of a single day. Each participant submitted blood samples before starting the tests, and once more after completing them. Furthermore, three additional samples were taken over a one hour period.

The Importance of Sleep

Prior to testing, the IL-6 blood levels in poor sleepers matched that of the good sleepers. In response to verbal/working memory tests, the amount of IL-6 rose in all participants. However, this protein spike was significantly higher in subjects who struggled with sleep. In fact, some sleep-deprived adults exhibited IL-6 increases four times greater than that of their well-rested counterparts.

In light of their findings, the authors contend that poor sleeping patterns may hinder the immune system’s ability to properly handle stress. The resulting inflammation could increase the likelihood of both physical and mental health issues. In a press release describing the research team’s work, study author Kathi Heffner noted that “there are a lot of sleep problems among older adults. [However,] older adults do not have to sleep poorly. We can intervene on sleep problems in older adulthood. Helping an elderly person become a better sleeper may reduce the risk of poor outcomes associated with inflammation.”