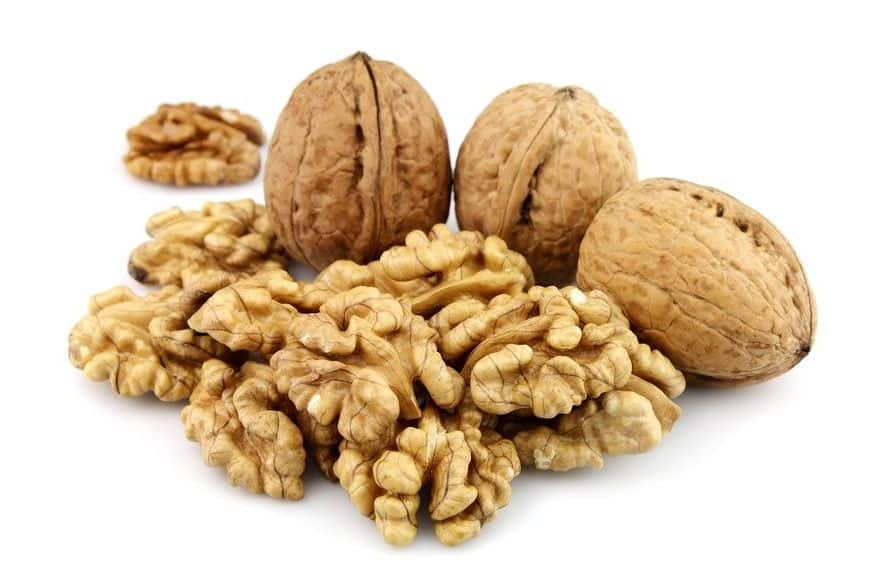 Cutting unhealthy food out of your diet is a goal that is often much easier said than done. Compounding this problem is that many popular foods aren’t especially great for your waistline, containing sizable amounts of sodium, sugar and calories. Despite this obstacle, you don’t have to dramatically overhaul your diet in order to eat healthier. Swapping out certain ingredients and foods for healthier alternatives can allow you to enjoy delicious meals without derailing your diet.

It’s difficult to think of foods that are more synonymous with good health than salads. A typical salad contains a good variety of nutrient-rich veggies, such as lettuce, tomatoes, carrots and cucumbers. As healthy as these veggies are, they are still not enough to satisfy the taste buds of some salad-lovers, who prefer to add croutons into the mix.

This added taste comes at a price – store-bought croutons are frequently made with processed white bread, meaning that they come packed with empty calories, hydrogenated oils and preservatives. Walnuts, in contrast, offer generous amounts of polyunsaturated fat, also known as the “good” type of fat. An appropriate amount of polyunsaturated fat in your diet can be beneficial to health, lowering LDL cholesterol (the bad kind of cholesterol) and raising HDL cholesterol (the good kind).

Let’s stay focused on salads for a minute. In addition to croutons, many people just can’t enjoy a salad without dressing. Pouring on the salad dressing, however, often throws a number of dubious ingredients into the equation, including saturated fat, sugars, hydrogenated oils and maybe even high fructose corn syrup. Red wine vinegar not only adds a distinct taste to salad, it also exceptionally low in calories.

As an added bonus, red wine vinegar is an excellent source of antioxidants, a type of nutrient that can eliminate dangerous free radicals inside the body. Free radicals attack and damage healthy cells, and as a result can trigger the onset of a number of deadly conditions, including heart disease, cancer, Parkinson’s and Alzheimer’s disease. Other possible substitutes include lemon juice and olive oil.

Swap #3: Almonds for Cheese and Crackers

Cheese and crackers (along with packaged cracker and cheese sandwiches) are popular choices among shoppers, offering a convenient, inexpensive and filling type of snack. The problem is that they are also sources of saturated fat and sodium, both of which can lead to serious health consequences if consumed in excess. A better bet would be almonds, which feature substantial amounts of protein, fiber, vitamin E, calcium and potassium.

Who doesn’t like to eat a good hamburger (well, besides vegetarians of course)? A 2011 survey found that nearly half of Americans eat at least one burger per week. Unfortunately, the hamburger’s popularity partially explains why cardiovascular problems are so prevalent in the US, as read meat is notorious for its saturated fat and cholesterol content. A turkey burger may not sound as appealing as a grilled hamburger, but you’ll be doing your body a favor by making this swap. A serving of 85% lean ground beef contains roughly twice the saturated fat you’ll get from eating ground turkey.

There’s a good chance you’ve never heard of quinoa before, and probably aren’t sure how to pronounce the name of this South American export (we’ll help you out – it’s KEEN-wah). Hailing from the Andes Mountains range in modern-day Bolivia, Peru and Chile, quinoa is type of grain-like plant only recently introduced to the United States. While a bowl of brown rice certainly makes for a healthy meal, it can’t compete with quinoa when it comes to two key nutrients: one cup of quinoa has 60% more protein and 25% more fiber than a cup of brown rice.

You don’t need to be a cook to know that flour is the building block of baked goods. What you may not realize is that a baked item’s nutritional value hinges largely on the type of flour used to make it. White flour is stripped of much of its fiber content during its refinement process, and also loses a large chunk of its B vitamins.

Another key difference between the two products involves their glycemic index (GI) counts. A food’s glycemic index gauges how quickly your body breaks down carbohydrates into glucose, and also measures the speed at which this glucose enters the bloodstream. A high GI means that this process occurs fairly rapidly, causing the body’s blood sugar levels to abruptly rise and crash. These wild glucose fluctuations can affect both appetite and mood; many people wind up feeling both hungry and quick-tempered after eating high GI foods. Low GI fare is converted into glucose at a much slower rate, keeping the body’s glucose readings relatively stable.

So what are the GIs of white and whole wheat flour? According to Harvard Medical School, white flour clocks in at 71, whereas flour made from whole wheat has a much-better GI of 51.

Sticking to a responsible diet takes much effort, and the ingredients found in many products certainly doesn’t make this goal any easier to achieve. By making some relatively minor changes, you can increase your odds of reaching and maintaining your target weight.