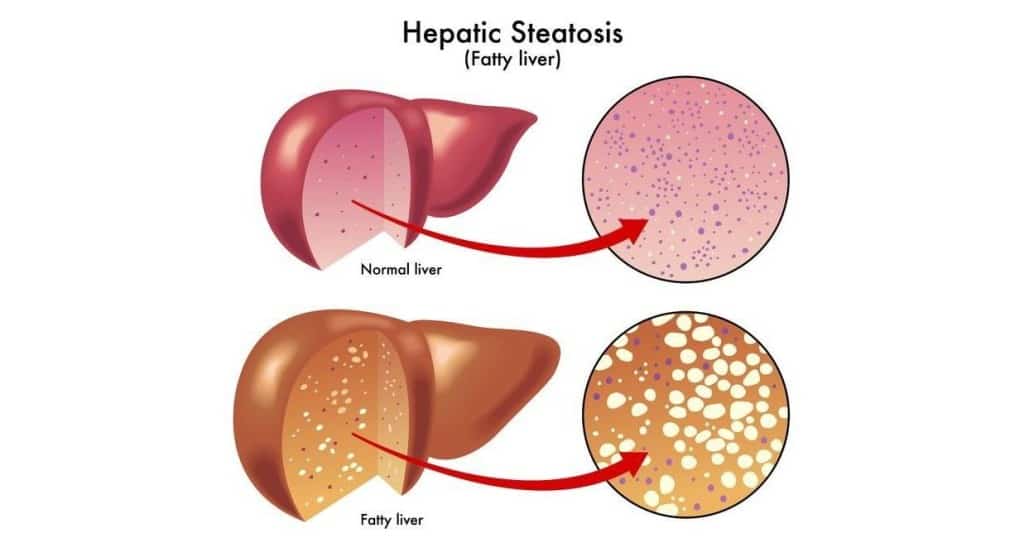 You don’t have to be a practicing medical doctor to understand the importance of our vital organs. The body parts that fall into this category warrant the utmost maintenance and care, as your body needs each vital organ in order to live. This simple fact helps explain why certain diseases – such as heart disease, lung cancer and kidney failure – claim so many lives every year.

While it may not receive the level of attention as the brain, lungs and heart, the liver plays an indispensable role in your everyday health. This organ, nestled between the diaphragm and stomach, carries out the following essential tasks on a daily basis:

As you can imagine, diseases that compromise the liver are serious threats to your health. One such foe is a fairly common condition known as fatty liver. True to its name, fatty liver refers to a liver that is carrying an excessive amount of fat. If more than 5-10% of a liver’s weight is attributable to fat, the patient is often diagnosed with fatty liver disease.

Unlike other diseases, which announce their arrival with a quick barrage of symptoms, fatty liver tends to fly beneath the radar in its initial stages. In fact, it is not uncommon for this condition to lurk undetected for years, perhaps even decades. When the disease does begin to have a noticeable impact on the body, the patient experiences at least some of the symptoms listed below:

As bad as these symptoms may be, fatty liver can induce even more intense problems. Patients with a particularly advanced from of this disease may complain of frequent pain in center or upper-right section of the abdomen. The skin of the underarms and neck might become discolored and patchy, and the liver itself might swell in size.

Why The Liver Gets Fat

Fatty liver disease tends to go hand-in-hand with unhealthy levels of alcohol consumption. Almost all individuals who qualify as heavy drinkers (i.e. people who consume at least two alcoholic beverages each day) develop fatty livers. It bears mentioning that some fatty liver patients are dealt a bad hand by their genetics, making them predisposed to bouts of heavy drinking. An excessively fat liver can also result from the presence of hepatitis C, being obese, an overabundance of iron and an overall poor diet.

Fatty liver disease caused by alcohol abuse is categorized as Alcoholic Live Disease. If a fatty liver is a result of other factors, it is typically classified as either Nonalcoholic Fatty Liver Disease (NAFLD) or as Nonalcoholic Steatohepatisis (NASH). NAFLD is the more benign condition of the pair, frequently causing no discernable symptoms whatsoever. On the other end of the spectrum, NAFLD patients with severe forms of this disease experience scarring of the liver. In a worst-case scenario, this scarring can effectively destroy the liver organ, necessitating an immediate liver transplant.

NASH can be an especially potent form of fatty liver disease, complete with inflammation and tissue damage. People diagnosed with NASH drink little to no alcohol; instead, NASH can usually be traced back to poor dieting habits. As with other forms of fatty liver, NASH strikes the body in a stealthy manner, evading diagnosis for years or sometimes decades before being discovered. The fallout from NASH can vary greatly from patient to patient; some people see little effect on their health, while others develop cirrhosis and eventually liver failure. This second outcome is more likely to result from NASH than NAFLD; Nonalcoholic Steatohepatisis is one of the leading causes of cirrhosis in the United States.

Restoring and Repairing the Liver

While all forms of fatty liver can certainly pose a threat to your health, this condition is far from incurable. In fact, a liver stricken with excessive fat can be completely cured through proper diet and lifestyle choices.

Lay off the Alcohol – If there is one thing that this article has made abundantly clear, it is that heavy alcohol consumption is often the liver’s worst enemy. If you are consuming two or more alcoholic drinks every day, chances are that your liver’s fat content is already abnormally high. Quitting drinking, even temporarily, allows the liver to heal itself and reduce its amount of extra fat. Once the liver has recovered, a patient can resume drinking in moderation (with a 1 drink per day limit), though it might behoove some people to stop drinking altogether.

Lose the Extra Weight – If alcohol abuse is arguably the main culprit behind fatty liver, then it could be said that being significantly overweight ranks as a close second. By avoiding foods high in fat and cholesterol, while simultaneously adopting a calorie-burning exercise regimen, you can remove fat from both your waistline and liver.

Add Omega 3 Fatty Acids to Your Diet – Once virtually unknown outside of doctors and dieticians, omega 3 fatty acids have received much positive press in recent years for their nutritional value. Once inside the body, these acids work to lower the levels of bad cholesterol coursing through your veins. It shouldn’t be too hard to find Omega 3 acids at the supermarket, as popular fish like tuna, salmon, halibut and sardines are all rich sources of this nutrient. For those not fond of fish, Omega 3 supplements can be easily purchased at drugstores.

If Possible, Adjust Your Medications – Virtually all medications carry the risk of side-effects. Allergy drugs, for example, can leave you feeling drowsy for hours on end. Likewise, some medicines can have a negative impact on the health of the liver. Over-the-counter painkillers with acetaminophen, for instance, have been known to cause liver damage in some individuals. Should you encounter such a problem, consult with your doctor about possible alternatives.

Pick Up Some Milk Thistle – While milk thistle might not be especially well known in the United States, this herb has long been used to treat liver ailments. Historical records date the use of milk thistle to as far back as Roman-era Greece; the Greek physician Dioscorides (40 – 90 AD) is believed to be among the first doctors to extol the herb’s benefits.

Today, milk thistle capsules can be bought without prescription, and is also sold as a type of tea. Before rushing out to buy a milk thistle supplement, people taking other prescription medicines should first seek the input of their doctor. This advice also applies to pregnant and breastfeeding women.