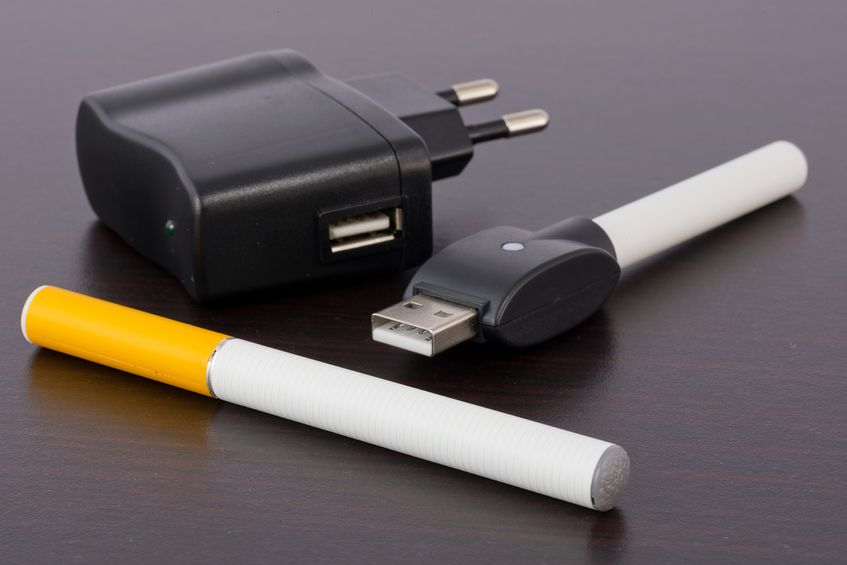 Putting E-Cigarettes Under the Microscope

There are few products that have as bad of a reputation as cigarettes, and deservedly so. Study after study has linked long-term cigarette smoking to deadly ailments such as lung cancer, coronary heart disease and emphysema. In recent years, some consumers have switched to electronic cigarettes (also known as e-cigarettes), believing them to be a less dangerous alternative. This trend has caused e-cigarettes to be placed under much scrutiny, with researchers attempting to discern their true impact on human health.

A Quick Hit with Smokers

Thanks to various public education campaigns, the adverse effects of cigarettes are well-known; unfortunately, cigarettes are also notoriously addictive. Though many smokers would probably like to kick their habit to the curb, the nicotine content of cigarettes often makes this an impossible goal. With so many consumers hooked on cigarettes, smoking continues to exact a heavy toll on the American public. In fact, the Centers for Disease Control and Prevention (CDC) estimates that cigarettes are responsible for roughly 440,000 deaths annually, a figure that equates to nearly 20 percent of all deaths.

The persistent health risk posed by conventional cigarettes provided an opening for e-cigarettes, which were first introduced on a wide scale in 2007. Though E-cigarettes have existed in some form since the 1960s, they have only been heavily marketed to smokers in the past several years. This recent marketing push has paid off handsomely for E-cigarette producers. In 2012 alone, sales of electronic cigarettes totaled between $300 and $500, effectively doubling 2011’s sales. The popularly of this product shows no signs of waning anytime soon, as sales are forecast to once again double in 2013.

The Inner Workings of an E-Cigarette

You’re probably wondering what sets an electronic cigarette apart from the paper cigarettes we’re all familiar with. There are several notable differences between these two products; for starters, e-cigarettes contain no tobacco whatsoever. Yes, you read that right – the substance that is usually synonymous with smoking is completely absent in electronic cigarettes. Instead, an e-cigarette contains liquid nicotine, which is morphed into a vapor by a rechargeable battery. This vapor is then inhaled by the user.

In order to appeal to smokers, e-cigarette companies often design their products to mimic the appearance of normal cigarettes. Unlike cigarettes made with paper, lighters are not used to smoke electronic cigarette. Instead, the e-cigarette’s battery does all the work. Furthermore, the complete lack of tobacco means that many of the dangerous chemicals associated with smoking, such as tar and carbon dioxide, are not found in E-cigarettes. As an added bonus, battery-powered cigarettes do not emit the distinct cigarette smell.

A Stepping Stone for Quitting, or a Public Health Threat?

With their meteoric surge in popularity and sales, E-cigarettes have come under increasing attention from both medical researchers and public health officials. The initial results of such studies have been a decidedly mixed bag; some reports compare E-cigarettes favorably to nicotine patches, while others warn against their use.

The US Food and Drug Administration (FDA) conducted its tests on electronic cigarettes in 2009, and reported some distressing results. In a July 22, 2009 press release, the FDA stated that the samples they had tested “contained detectable levels of known carcinogens and toxic chemicals to which users could potentially be exposed.” This statement was certainly worthy of attention, since carcinogens are substances that frequently cause cancer. One of carcinogens identified was diethylene glycol, a toxic substance commonly found in antifreeze.

The FDA was quick to act on its findings, banning the sale of E-cigarettes in the United States. Two major E-cigarette producers took the FDA to court, arguing that their product did not pose a risk to American consumers. In January 2010, a federal judge sided with the plaintiffs, striking down the FDA’s ban on e-cigarettes. To date, the FDA still maintains on its website that consumers who purchase electronic cigarettes “have no way of knowing whether e-cigarettes are safe for their intended use.” In addition, the FDA also contends that smokers cannot be certain “how much nicotine or other potentially harmful chemicals are being inhaled during use, or if there are any benefits associated with using these products.”

The FDA is not alone in voicing concerns about e-cigarettes. In September 2013, forty state attorney generals jointly signed a letter to the FDA, asking the agency to apply the same regulations to e-cigarettes that it does to cigarettes with tobacco. The American Lung Association has also weighed in on the issue, supporting the FDA’s efforts to ban e-cigarettes and urging consumers to avoid them.

On the other end of the spectrum, a 2013 study concluded that e-cigarettes could assist smokers looking to kick their habit. This report was issued by researchers at New Zealand’s University of Auckland (UA), who published their findings in the September 9th, 2013 issue of the Lancet medical journal. For their study, the University of Auckland team observed a total of 657 participants, all of whom were regular smokers who wanted to permanently give up cigarettes.

At the beginning of the study, the smokers were separated into three separate groups. One group was given a 13 week supply of e-cigarettes, another received nicotine patches while some smokers were given placebo e-cigarettes. These placebo cigarettes were completely devoid of nicotine.

Six months later, 5.7 percent of the participants had managed to give up smoking. When comparing the success rate of the three groups, the researchers found that those smoking e-cigarettes slightly outperformed the group assigned nicotine patches, though the difference was not statically significant. The study also tracked total cigarette consumption amongst the participants, and found that 57 percent of smokers using e-cigarettes had halved the number of cigarettes they smoked each day. In contrast, only 41 percent of those on the nicotine patch could make this claim.

The UA faculty member who led the study, associate professor Chris Bullen, stated in a Lancet press release that “our results don’t show any clear-cut differences between e-cigarettes and patches in terms of quit success after six months, [though] it certainly seems that e-cigarettes were more effective in helping smokers who didn’t quit to cut down.” Despite these findings, Bullen cautioned that “there is still so much that is unknown about the effectiveness and long-term effects of e-cigarettes,” and that “larger, longer-term trials are urgently needed to establish whether these devices might be able to fulfil their potential as effective and popular smoking cessation aids.”

As of October 2013, electronic cigarettes are subject to only limited FDA regulation, and there is still much debate as to their safety and effectiveness. For the time being, it is up to consumers to decide whether e-cigarettes are a wise investment.