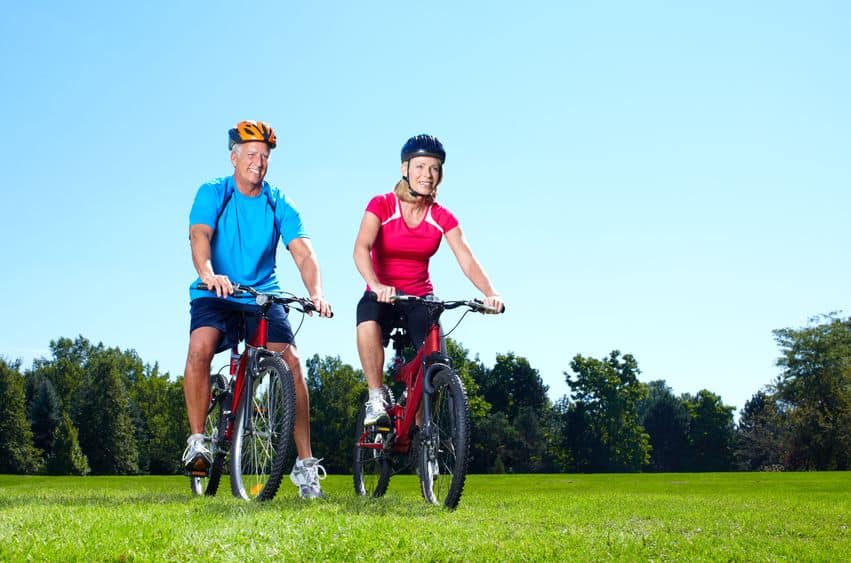 The Importance of Physical Activity for Older Adults

For some older individuals, it may seem that exercise yields very little in the way of health-related benefits. Because of this perceived lack of payoff, some entrenched couch potatoes may jump to the conclusion that physical activity is pointless. Despite this skepticism, older adults who jettison their sedentary habits can enjoy longer and healthier lives.

Exercise and Men Over 40

A 2014 study, conducted in the country of France, reported that men can improve their heart health even by taking up exercise at a relatively old age. The authors examined forty men in total, whose ages ranged from 55 up to 70. At the onset of the study, thirty subjects claimed to have devoted at least seven hours weekly to cycling or running for more than five years.

Sixteen of these men began following such a routine before the age of thirty, while the other fourteen subjects waited until after age forty to adopt this weekly regimen. The remaining ten participants were more reluctant to be physically active, exercising for two hours or less on a weekly basis. None of the men chosen for the study exhibited any risk factors for heart disease.

According to the National Institutes of Health, performing endurance exercises leads to increased breathing and higher heart rates. In turn, these activities prevent decay and damage to the heart, lungs, and circulatory system. Consequentially, endurance exercises can help stave off or even prevent serious medical problems, including diabetes and heart disease. Some endurance types of endurance activities are shown below:

The authors took a close look at the men’s hearts and heart rates. In terms of the latter, it was found that men who exercised frequently had lower at-rest heart rates than subjects who shunned physical activity. For instance, consider that men who started exercising at a younger ages had a heart rate of 56.8 beats per minute (bpm), whereas those who took up exercise past the forty year mark had a 58.1 bpm heart rate. In contrast, men who had a tendency to avoid exercise had a notably higher resting heart rate of 69.7 bpm.

The research team also took echocardiograms of the men’s hearts, providing them with clear pictures of this organ. When studying the heart’s four chambers – the left ventricle, right ventricle, left atrium and right atrium – the authors noted that both atria and the left ventricle were larger in the men who regularly exercised. The echocardiograms also revealed that the less active participants’ had thicker vessel walls.

In summarizing the group’s findings, study author David Matelo stated that “despite biological changes with age, the heart still seems – even at the age of 40 – amenable to modification by endurance training. Starting at the age of 40 does not seem to impair the cardiac benefits. […] it’s never too late to change your way of life and get more physically active.” Matelo further mentioned that endurance exercises help the body with building muscle and bone mass, and may reduce oxidative stress.

Another study, published in the British Journal of Sports Medicine, found that women who adhered to sedentary lifestyles could face serious heart problems later in life. Specifically, for women ranging from 30 to 90, being physically inactive did more to increase heart attack risk than smoking and high blood pressure. In fact, women who refrained from exercise stood a greater chance of developing this condition than those who were bearing excess weight. More than 32,000 Australian women agreed to take part in the study.

The authors stressed that it was in the best interests of women over thirty to get 150 minutes of moderate/vigorous activity each week. If all Australian women in this age bracket heeded this advice, the researchers contend that 2,000 annual deaths could be prevented in Australia alone.