Out With the Old: Slowing Aging by Removing Cells

No matter who you are, you can rest assured that your body will at some point began to age. Though aging is an inevitable fact of life, much money has been spent to slow down the arrival of Father Time. Believe it or not, cancer drugs could prove useful in solving this age-old problem.

A 2018 study, published in the journal Nature Medicine, examined the impact of common cancer medications in hindering the aging process in mice. These drugs were used to expunge old cells from the body, thereby spurring the production of new cells to replace them. The study began with the extraction of aging cells from older mice. Fluorescent proteins were then added to these cells, which allowed the authors to track them after the cells were injected into a second group of younger rodents. The mice who received the cellular infusion were then compared
to another group of mice, who instead were given placebo cells.

The performance between the two groups varied starkly. Mice burdened with aging cells lacked the physical stamina of the placebo group, as they walked for shorter distances before tiring and exhibited comparatively weaker grip strength.
Thanks to the fluorescent proteins, the authors were able to show that the aged cells had spread to various areas of their new host’s bodies. After taking up residence in various tissues, the older cells spread their misery to their younger counterparts, forcing them to take on characteristics harmful to surrounding tissues.

Having documented the spread and impact of old, transplanted cells, the researchers then sought to get rid of them. To do this, a combination of dasatinib and quercetin was used. The latter are chemical compounds found in fruits, vegetables and black tea, while the former is a medication used in the treatment of cancer. Dasatinib was chosen because it destroys the defenses of aged cells against the harmful chemicals- the same chemicals these cells use to damage bodily tissues. Within the span of one to two hours, the targeted cells started to die.

Finally, the team documented the lifespans of mice who received both transplanted cells and treatment, along with those who did not receive the dasatinib/quercetin combination. Compared with the untreated mice, those given treatment lived 36% longer on average. In addition to living longer, these mice also appeared to be in better physical health for the remainder of their lifespans.

More Work to Do

So does this new, unusual concoction represent some kind of fountain of youth? Not so fast. “Things can look really good in mice, but they can go wrong in people,” stated Dr. James Kirkland, the study’s lead author director of the Robert and Arlene Kogod Center on Aging at Mayo Clinic,.

“People should not take these drugs and should not go out and buy them hoping to slow aging. We need to do careful clinical trials in people with serious conditions related to cell senescence first to better understand these results.” 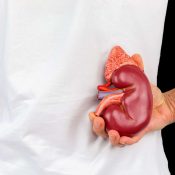 It goes without saying that kidney transplants, as with all organ transplant operations, are major surgical procedures. They are … 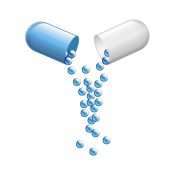 Surgery in a Pill? A Possible New Diabetes Treatment

When it comes to diabetes treatments, most people immediately think of insulin injections. But suppose a simple pill could … 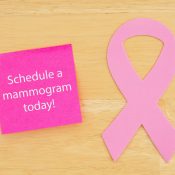 Mammograms: How They Work and Why They’re Useful