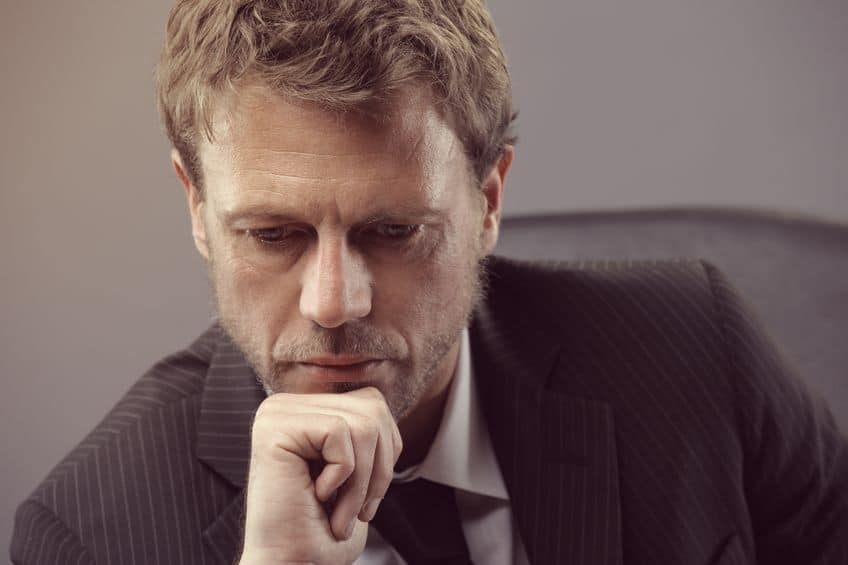 Is the “Mid-Life Crisis” Real? Science Weighs In

You’ve no doubt heard about people hitting a so-called “mid life crisis.” Generally speaking, this term is used to describe a period of time when a person is greatly dissatisfied with his or her life. There has long been a debate over whether mid life crises actually exist, or are just a creation of popular culture. While there still may not be a complete consensus on this issue, recent research suggests that our emotional wellbeing does decline during the middle portion of our lives.

In March 2014, a report issued by a team of Australian researchers found that adult happiness levels are at their lowest in our early 40s. Approximately 350,000 Australian, British and German adults were included in the study, which measured happiness levels between the ages of 18 and 70. The data for the study was drawn from the Household, Income and Labour Dynamics in Australia (HILDA) survey, as well as from separate surveys from Germany and the United Kingdom.

The researchers found that happiness levels follow a U-shape curve during adulthood. According to the report, eighteen year-olds are generally very content with their lives; this changed quickly, however, as the adults’ emotional wellbeing went in steep decline as they approached their twentieth birthday. Furthermore, the subjects’ self-reported levels of life satisfaction remained low throughout their twenties and thirties, finally reaching a low point between the ages of 40 and 42.

Rather than staying at low levels as the subjects continued to age, the study found that life satisfaction ratings began a steady rise around the age of fifty. Adults in Australia and the United Kingdom reported that their happiness levels rose at an increasing rate through their fifties and sixties. In fact, Australians were as happy at age 70 as they were at age 18, whereas those living in the UK were even happier. While likewise reporting better levels of life satisfaction in their fifties and sixties, the improvement among German adults was significantly less pronounced.

What Age is the Turning Point?

A 2008 study reached a very similar conclusion on the topic of midlife emotional struggles. Like the Australian researchers, the authors of this report found that happiness levels follow a U-shaped trajectory. This earlier report included a large number of subjects; a total of 500,000 Americans and Western Europeans were chosen at random to be surveyed. Furthermore, previous research measuring the anxiety/depression levels of 1 million UK citizens was also taken into account, along with another mental health survey of 16,000 Europeans.

Regardless of where the subjects lived, the researchers found that human emotional health is at its best at the beginning and towards the end of adulthood, while reaching a low point in the middle. The exact age of when adult happiness is at its lowest varies somewhat on location. For English men and women, the emotional nadir comes at 44 years of age; in American men and women, happiness bottoms out at ages 50 and 40, respectively. The research team noted that this pattern not only affected both genders, but was also not altered by other factors, such as income, martial status and number of children.

There are a number of reasons why middle aged adults may experience a decline in happiness. For example, some men may encounter this problem due to a perceived lack of success in the professional and/or personal aspects of their lives. Likewise, women may feel as if they have come up short as a wife, mother or both. In addition, some psychologists argue that adults tend to reconsider their life’s priorities as they progress through their forties and fifties.

Regardless of what is to blame for midlife emotional problems, adults struggling with this part of their lives may exhibit the following behaviors: