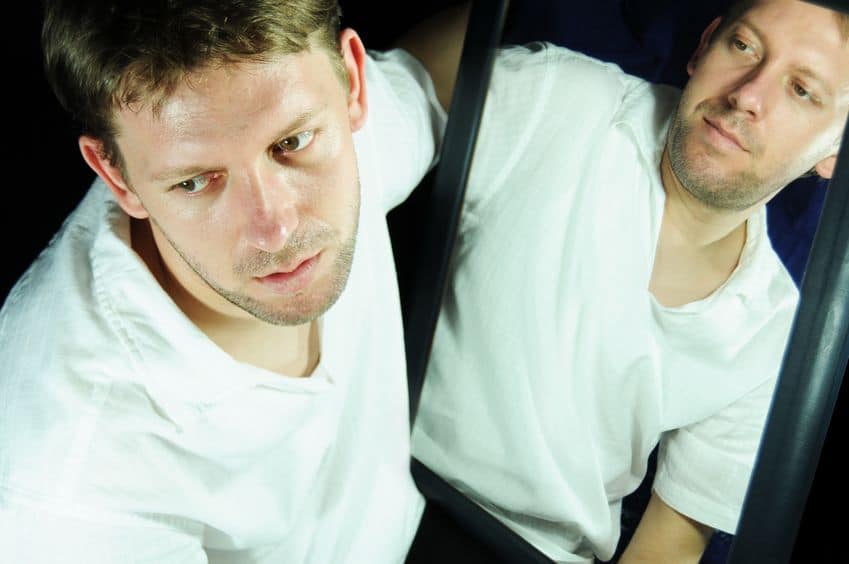 If you’ve watched professional football in recent years, you’ve probably noticed that during some games players wear pink on their cleats, wristbands and other parts of their uniforms. The purpose of these uniform changes is to call attention to Breast Cancer Awareness Month, which occurs every October. During an October 10th, 2013 game against the New York Giants, Chicago Bears’ wide receiver Brandon Marshall opted for a different color for his shoes. Marshall wore neon-green footwear in honor of Mental Health Awareness Week, which lasted from October 6th to the 12th. While the NFL threatened to fine Marshall for his actions, the eight-year pro promised to match any league fines with his own donation to a cancer charity.

The motivation behind Marshall’s decision is largely based on his own personal history. In 2011, Marshall was diagnosed with borderline personality disorder, a condition that has only gained recognition fairly recently; the Diagnostic and Statistical Manual for Mental Disorders, which most psychiatrists use when diagnosing patients, first included borderline personality disorder in its 1980 edition. For those living with this disorder, daily life can become quite an endurance test.

Borderline Personality Disorder (BPD) causes a good deal of internal turmoil for the affected patient. People with BPD struggle with controlling their emotions, and often fall victim to impulsive behavior and rash decision-making. These poor judgments are often caused by the patient’s self-image. BFD patients are burdened by wild fluctuations in self-esteem, vacillating from feeling content about themselves to believing that they are worthless or have poor character.

In addition, BPD can cause a person’s view of others can shift rapidly; people held in high regard can quickly become “bad” in the eyes of the patient. These same people may just as quickly become “good” again if the patient’s mood improves. As one may expect, this frequently turns the patient’s closest relationships into emotional roller coasters.

These unstable emotional patterns can easily be too much to bear for patients, causing them to exhibit disturbing and dangerous behavior. The following list highlights the possible symptoms found in those with BPD:

Many of the above symptoms can be provoked by trivial events. For example, a BFD patient may feel that a friend or romantic partner is “abandoning” them by taking a vacation, going on a business trip or canceling scheduled get-togethers. In response to this perceived abandonment, the patient could overreact in a number of ways, becoming depressed, angry or frantic.

Arguably the most distressing symptoms of BPD are suicidal thoughts and self-harm. Unfortunately, such issues are fairly common among BPD sufferers; according to the National Institute of Mental Health (NIMN), an estimated 80% of people with borderline personality disorder exhibit suicidal behaviors, and 4 to 9 percent commit suicide.

For many patients, a BPD diagnosis marks the beginning of a long struggle towards a better mental state. Medical professionals have yet to pinpoint the exact causes of BPD, though many researchers believe that genetics may play a role, as the disease does appear to run in families. There is some evidence that the hallmark personality traits of BPD, such as aggression and impulsiveness, can be passed down from parent to child.

Aside from genetic factors, a person’s social surroundings may also contribute to the onset of BPD. Children who grow up in an environment marred by acrimonious relationships may develop this disorder as they reach adulthood. Regardless of whether genetic or environmental factors are to blame (or a combination of both), the poor decisions caused by BPD can have devastating consequences for the patient. People with this condition are far more likely to be victimized by violent criminals.

Borderline personality disorder is a notoriously difficult ailment to treat. In addition to its severe impact on the patient’s mental health, BPD is often misdiagnosed as other mental disorders. Making matters worse is that there is no single test capable of unearthing BPD. Once a clear diagnosis has been made, a patient is typically treated with “talk therapy,” known also as psychotherapy. During a therapy session, the patient is asked to describe their troublesome feelings, thoughts and behavioral patterns, and may also be asked to recount traumatic events.

There are multiple types of psychotherapy used to treat BPD patients. Cognitive behavioral therapy (CBT) aims to deconstruct patients’ faulty perceptions of themselves and other people. CBT attempts to do this by determining the root causes of these viewpoints. In contrast, dialectical behavior therapy (DBT) is geared toward getting the patient to reign in emotional outbursts. This therapy urges patients to remain mindful of the people and environments they encounter during the day, and to restrain themselves from acting in an inappropriate manner. As made clear by its name, schema-focused therapy concentrates on a person’s schema, or their own self-image. This approach attempts to mitigate BPD symptoms by improving the patient’s self esteem.

To date, there are no available medications that are specifically designed to treat borderline personality disorder. This doesn’t mean that medicines are not used to treat this ailment, since BPD patients are frequently given medications like antidepressants in conjunction with psychotherapy. Some people respond favorably to this approach, reporting fewer problems with anxiety, depression and aggression. The NIMH cautions, however, that relatively few studies have found that such medications are an effective or necessary form of treatment.

Without a doubt, borderline personality disorder makes life much more challenging for those who develop it. As a way to help patients cope with BPD, the NIMH offers the following guidelines: