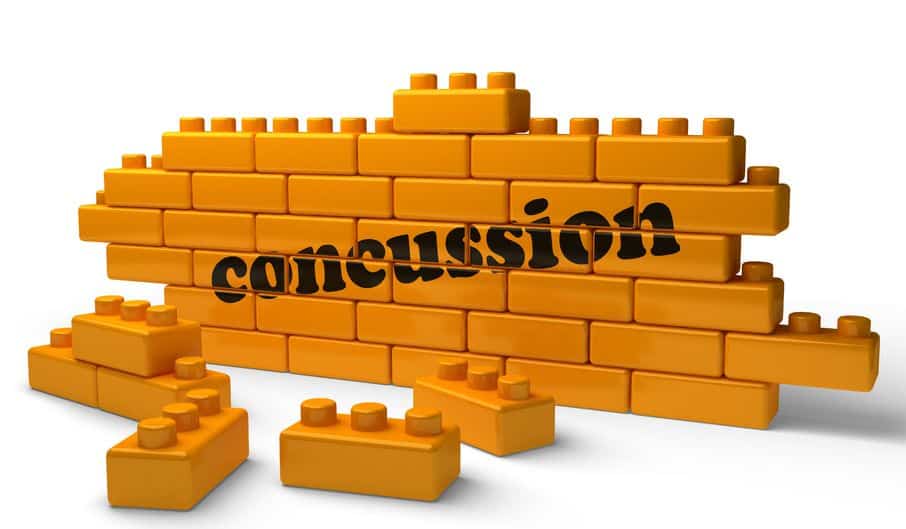 Kids and Concussions: A Growing Problem

If you regularly follow professional sports, you probably have heard about the issue of concussions among football players. In 2012 alone, over 160 NFL players sustained concussions. It would be a mistake to think that concussions are simply a problem for adults, as an increasing number of teenagers and children are suffering this injury. Given how frequently concussions occur in those under 18, the parents of young athletes should be familiar with the methods used to identify and prevent them.

According to a study published in the October-December 2007 issue of the Journal of Athletic Training, sports injuries represent the second leading cause of concussions for those in the 15 to 24 age bracket, trailing only motor vehicle accidents. The same report noted that concussions accounted for almost one in ten (8.9%) high school sports injuries. Likewise, 5.8% of all injuries to collegiate athletes are due to concussions. The authors of this study drew these conclusions after collecting data from 100 high schools and 180 colleges.

Multiple studies have found that children and teenagers face a growing risk of sports-related concussions. In 2001, the Centers for Disease Control and Prevention (CDC) noted that 153,375 children were admitted to the emergency room for traumatic brain injuries (TBIs). This figure soared to 248,418 by the year 2009, representing an increase of over 60 percent. Since concussions are responsible for most TBIs (75 percent, per the CDC), this statistic clearly indicates that children are suffering concussions at an increased rate.

Research courtesy of the Cincinnati Children’s Hospital Medical Center also supports this trend. Published in the October 2013 issue of the journal Pediatrics, this report included data from nearly 3900 children and teenagers, all of whom sought emergency room care for sports-related TBIs. This study’s headline finding concerned the number of TBI emergency room visits for children, which nearly doubled from 2002 to 2011 (total visits increased by 92 percent). The activities most likely to cause youth concussions included football, rollerblading, skiing, sledding and skateboarding.

One explanation for the increase in child concussions is the growing popularity of youth sports. In the year 2000, American Sports Data, Inc reported that 54% of children between the ages of 6 and 17 participated in organized sports. Five years later, the National Survey of Children’s Health found that this figure had risen to 59%. In its 2011 annual report, the Sporting Goods Manufacturers Association stated that nearly 70 percent of children in this demographic played team sports. With more children playing sports, it logically follows that more children will suffer concussions.

Another possible reason for these statistics is that more parents recognize the signs of concussions, and subsequently seek medical treatment for their children. Programs such as the CDC’s “Heads Up” campaign have spent years educating the public about concussions, providing parents with valuable information regarding concussion symptoms and treatment methods.

Like other injuries, the symptoms of concussions can vary widely. Some concussions are blatantly obvious to the patient’s teammates and coaches, while others can be much more subtle. Despite this obstacle, concussion victims do tend to exhibit a set of common symptoms:

Children who exhibit one or more of these symptoms should receive medical attention as soon as possible, and should not return to playing their sport until cleared by a health care professional.

For parents concerned about sports-related concussions, the CDC has outlined a number of precautionary measures that can help prevent head injuries to children. For starters, young athletes should abide by their coach’s ground rules regarding safety and conduct, and should be warned about cheap shots against opponents. While participating in organized sports, children should always wear the appropriate protective gear. This gear should be kept in good standing and adequately fit the athlete’s body.

The CDC further states that helmets, while essential for certain sports, cannot fully prevent concussions. Because of this limitation, children should still be discouraged from hitting opponents in the head. For their part, parents should inform coaches about any previous concussions in their child’s medical history.