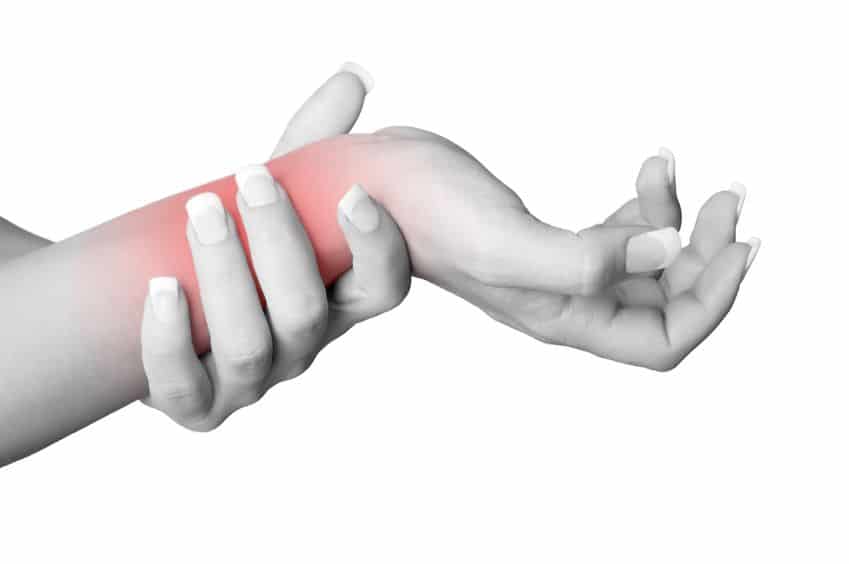 It’s All in the Wrist: How to Mend Wrist Sprains

No matter where they develop, muscle sprains can easily put a crimp in your day. A textbook muscle sprain involves significant damage to a muscle’s ligaments, the tissue that attaches them to the surrounding bones. Sprains typically strike the ankles, back and knees and neck, and may linger for weeks on end before fully recovering. Your wrists are likewise susceptible to sprains, which can temporarily cripple your forearm’s mobility. Fortunately, treating muscle sprains is hardly rocket science. With proper care and attention, a wrist sprain can be remedied within a short period of time.

How the Wrist Muscles Get Sprained

One of the most common reasons for wrist sprains might come as a bit of a surprise; many people sustain this injury after losing their balance and falling. During a fall, people instinctively through their arms in front of their bodies, trying to break their fall and shield themselves from damage. Consequentially, the wrists often bear the brunt of these accidents, causing them to be bent in awkward and painful directions. In addition, wrist sprains are a relatively common problem for athletes, especially basketball players, baseball players, gymnasts, divers and skiers.

No matter what part of the body suffers a sprain, the signs of such an injury are impossible to miss. Immediately after becoming sprained, a wrist will quickly turn red and swell in size. The wrist may also bruise, and become noticeably weaker and less stable. If the sprain’s ligaments have been heavily damaged, the patient may be unable to move his or her wrist in any meaningful manner whatsoever.

The symptoms a patient experiences from a wrist sprain depend on the severity of the sprain. In order to determine the most appropriate form of treatment for their patients, doctors usually classify sprains as either a grade I, II or III type of injury. The criteria for each of these categories are shown below:

Grade I: The wrist’s ligaments are only stretched, not torn. The patient experiences relatively minor symptoms.

Grade II: The ligaments attached to the wrist’s muscles are torn, but the tear is partial. The patient may require a splint or cast in order to stabilize the wrist and allow the injury to heal.

Grade III: The wrist’s ligaments are completely torn. The amount of damage might necessitate x-rays and possibly even wrist surgery. If the patient is especially unlucky, the torn ligament will also rip off a bone fragment from one of the surrounding bones, an injury known as an avulsion fracture.

The tired-and-true method for treating sprains has an interesting acronym: RICE. The RICE method stands for rest, ice, compression and elevation, and is further detailed in the proceeding section.

Rest: This step is about as self-explanatory as it gets; simply stop using the sprained wrist (or use it as little as possible) for a period of 48 hours.

Ice: Icepacks are commonly used to reduce swelling and inflammation from a number of injuries, including sprains. Apply either a cold pack or a bag of crushed ice to the wrist for 15 minute intervals. Repeat this step several times daily until the wrist regains its normal appearance.

Compression: Elastic compression bandages are commonly used to treat ankle sprains, but they can also prove useful for treating wrist injuries as well. A compression bandage for the wrist encompasses much of the forearm, beginning from the base of the fingers and extending down towards the elbow. Make sure to overlap the bandage by ½” to 1” as you are wrapping it around your hand and wrist. While a reasonable amount of pressure should help the sprain heal itself, elastic bandages can cause some negative side effects (numbness, tingling and discoloration) if applied too tight.

Elevation: In the days following a sprain, a good amount of fluid builds up in the afflicted area. It is this accumulated fluid that causes the swelling commonly associated with sprains. Keeping the wrist in an elevated position allows this fluid to drain at a faster rate from the injured tissue, serving to reduce swelling and accelerate the patient’s recovery. A good rule of thumb is to keep a sprained wrist at a level higher than the heart.

If the wrist ligaments have suffered significant partial tears or have been torn completely, the RICE protocol will likely not be enough to fully heal the patient’s sprain. A relatively severe sprain often requires the use of splints, devices specifically designed to keep damaged parts of the body in a fixed position. By doing this, splints prevent further damage and allow the body to repair itself. Surgery for wrist sprains involves reattaching torn ligaments back to the wrist bones. The recovery time for this procedure takes six to eight weeks, though it may take an additional several months for the wrist to fully regain its strength and range of motion.

It can be a bit of a challenge to prevent a wrist sprain, especially considering how many of them result from accidental falls. Still, improving the strength and flexibility of your wrist muscles is a good insurance policy against future sprains. The most obvious way to build wrist muscle mass is by performing wrist curls and reverse wrist curls with free weights. Both exercises are simple to perform, even for those who do not exercise regularly.

While sitting on an exercise bench, place your forearm on your thigh with dumbbell in hand (your hand should be hanging over the edge of your thigh, and should be facing palm downward). Lift the dumbbell upward as far as possible, before slowly returning to your starting position. To perform a reverse wrist curl, simply flip your wrist over so that your palm faces upward; lower the dumbbell towards the ground, and then slowly bring it back up.

Wrist flexibility can be improved with certain stretches. Begin by holding your arm up in front of your body at shoulder-height. Grab the fingers of your outstretched arm’s hand, and lift them back towards your body. Try to hold this stretch for about 20 seconds; you should feel the effects of this exercise in the underside of your forearm. Stretching the other side of your wrist also requires little effort. With your palm facing upward, once again grab your fingers with your opposing hand. This time, pull your fingers in a downward direction, which should work the muscles on the front side of your forearm.