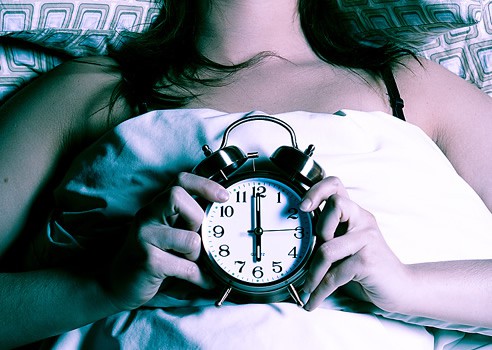 How Night Owls Can Get to Bed Earlier

There’s a good chance you’re reading this article while battling a strong nap craving. Or, perhaps later in the day, you’ll wind up nodding off while watching TV. Maybe your body is relying on that fourth cup of coffee to keep you awake.

The point is that many Americans simply do not get enough sleep. While this probably won’t come as a shock to most Natural Knowledge 24/7 readers, the entire scope of this problem is enough to jar a dead-tired person wide awake. Consider some of these eye-opening facts:

Is Technology Partly to Blame?

If you stop and think about it, many of the reasons why people struggle to get to bed involves popular forms technology. Specifically, sleep problems can often be traced pack to electronic equipment used for personal entertainment, such as TVs and laptops. These devices have become completely ingrained in the daily routines of millions of people; in some cases, asking someone to give up their laptop would be equivalent to taking cigarettes away from a chain smoker.

This line of thinking has been bolstered by recent studies. In 2011, the National Sleep Foundation gauged Americans on their late-night usage of electronic devices. Their research revealed that a stunning 95% of Americans used TVs, video game consoles, cell phones and computers in the hour before bedtime. Not only does this behavior encourage postponing sleep (thereby getting less of it), but it can also reduce the quality of shut-eye the technology-addled person receives. A number of the study’s participants had difficulty staying asleep once they finally hit the hey.

As one might expect, this trend is most pronounced in younger age demographics. The National Sleep Foundation found that 47% of individuals aged 19 to 29 used the internet near bedtime. When considering the age 13 to 18 demographic, this figure rose even higher (55%). These same age groups were also most prone to nighttime cell phone use, often using such devices to send text messages. 42 percent of those aged 19 to 29 texted during nighttime hours, while 56 percent of 13 to 18 year old respondents admitted to this behavior.

The potential consequences of a sleep-deprived lifestyle are obvious to even the casual observer – a constant lack of energy, a cranky disposition and a flagging professional life, just to name a few. To make matters worse, poor sleeping habits have also been linked to an increased risk of heart attack, cancer and obesity. You read that correctly – a lack of sleep can put you six feet under.

Though the importance of adequate sleep is undisputed among medical professionals, many people find themselves unable (or unwilling) to correct their warped sleeping cycles. To be fair, if you’ve effectively trained your body to go to bed at 1AM, it can seem fairly challenging to fall asleep several hours earlier. The good news is that these unhealthy habits can be reversed. If you wish to purge yourself of your night-owl tendencies, try following these common-sense guidelines.

Don’t Rush It – A long-term sleeping pattern can’t be changed overnight. When trying to fix your sleep cycle, give yourself about two weeks to right the ship. Though it might be hard at first, trying getting up and going to bed at predetermined times each day.

Cut Back on Caffeine – Why there is nothing wrong with having one or two cups of coffee in the morning, some people are unable to limit their caffeine intake. Take, for example, the people who patronize coffee houses late in the afternoon, picking up yet another high-priced latte or cappuccino. Drinking any caffeinated beverage past 6pm makes getting the recommend 7 to 9 hours of nightly slumber all the more difficult.

Reduce Nightly Use of TVs, Cell Phones and Computers – Though you might enjoy surfing the internet, texting or watching TV before bed, these habits only encourage you to stay up late into the night. Try avoiding TV in the last hour of your day; a gripping TV show can energize the body, rather than relaxing it. It could also be eminently helpful to remove all computers, laptops, cell phones, TVs and other electronic temptations from your bedroom.

Don’t Take Naps – A good number of people decide to take (or are forced) naps during the day, often to make up for insufficient sleep during the overnight hours. Unfortunately, this tactic does more harm than good. A prolonged nap that lasts an hour or longer can put your brain’s internal clock further out of whack, leaving you tossing and turning come bedtime. If you do succumb to your nap urges, limit the nap to 25 minutes (the alarm clock on your cell phone should come in handy here).

Don’t Oversleep – Like taking naps, many people try to make up for lost sleeping time by getting much more the recommended amount of sleep (7 to 9 hours). This supposed solution often backfires; someone who sleeps until, say, 1pm will probably not be tired at 10pm.