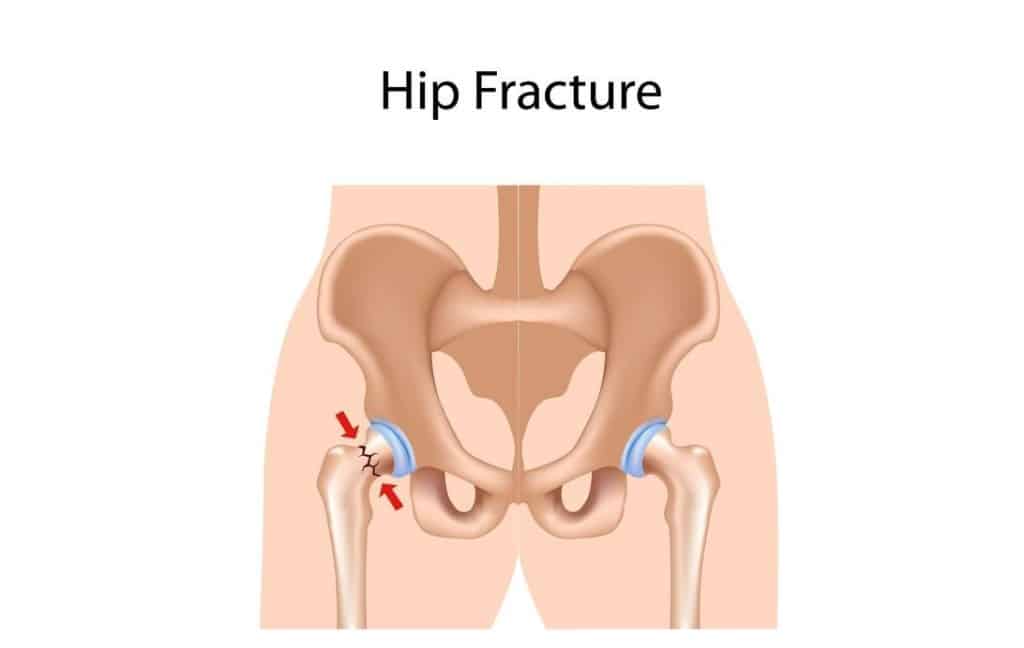 For the hundreds of thousands of Americans with multiple sclerosis (MS), life can often be especially difficult. A type of autoimmune disorder, MS can induce a wide range of symptoms, such as limb numbness and weakness, double/blurred vision, tremors, fatigue and digestive problems. Those with this disease might also be at greater risk of hip fracture.

Seeking to determine the impact of MS on bone health, a team of University of Kansas researchers reviewed a nationwide sampling of hospital admission records. By doing this, the research team was able to analyze over a million people who had suffered acute hip fractures from 1988 to 2007. All of this hard work paid off, as the authors were able to unearth a connection between MS and hip fractures.

Of the 1,066,404 patients who had sustained this type of injury, the study reported that 0.25% had been diagnosed with MS. At first glance, this may not seem like an especially noteworthy finding. However, the amount of MS patients with hip fracture more than doubled the expected number. In addition, people with multiple sclerosis were found to suffer such fractures at a younger age.

This wasn’t the first study to conclude that hip fractures can pose an elevated threat to people with MS. A 2012 report determined that fall-related hip fractures, along with fractures of the ribs, are more commonplace among people with this disease. The authors of this study drew their data from a Dutch database system, which provided them with the medical records of 2,145 MS patients.

Each one of these individuals was compared against up to six people without MS, referred to as “control” patients. Specifically, those with MS were compared with up to six control patients based on age, gender and primary practice. By taking this approach, the researchers were able to determine the fracture rates for both MS patients and the control groups. The study found that 2.4% of those diagnosed with MS had suffered fractures, compared with only 1.8% of control patients.

While there’s strong evidence that falls are a significant problem for MS sufferers, certain steps can be taken to make them less likely to occur:

Remove Possible Distractions and Hazards – Items such as drapery cords, shade cords and throw rugs can lead to falls. Small rugs can be removed with little effort, whereas drapery and shade cords can be tied up so they are no longer sprawled across the floor.

Store Kitchen Items on Lower Shelves – Many people place objects such as pots, pans and dishes on shelves that are relatively high off the ground. This can be problematic for MS patients, since simultaneously reaching and looking upwards may cause a fracture-inducing fall. To prevent such an accident, people with MS might consider moving kitchenware to low-hanging cabinets and shelves.

Install Task Lighting in Important Locations – “Task lighting” simply refers to lights that have been placed in certain spots to make visual tasks easier to perform. For example, task lighting fixtures can be placed under cabinets, providing additional lighting for kitchen counters and making food preparation much easier.

Install Grab/Safety Bars in Bathrooms – Some MS patients might attempt to break falls in the bathroom by grabbing on to a towel rack. Unfortunately, this probably won’t work, since towel racks are ill-equipped to support the weight of an adult human body. Instead, those concerned about fractures can install safety bars near toilets, on bathtubs and on shower walls.

Move Carefully – When shifting positions, it’s wise to do so in a slow, controlled and deliberate manner. An example of this would be to pause fifteen seconds after standing up before staring to walk. Likewise, slowly turning corners with small steps may help keep fractures at bay.