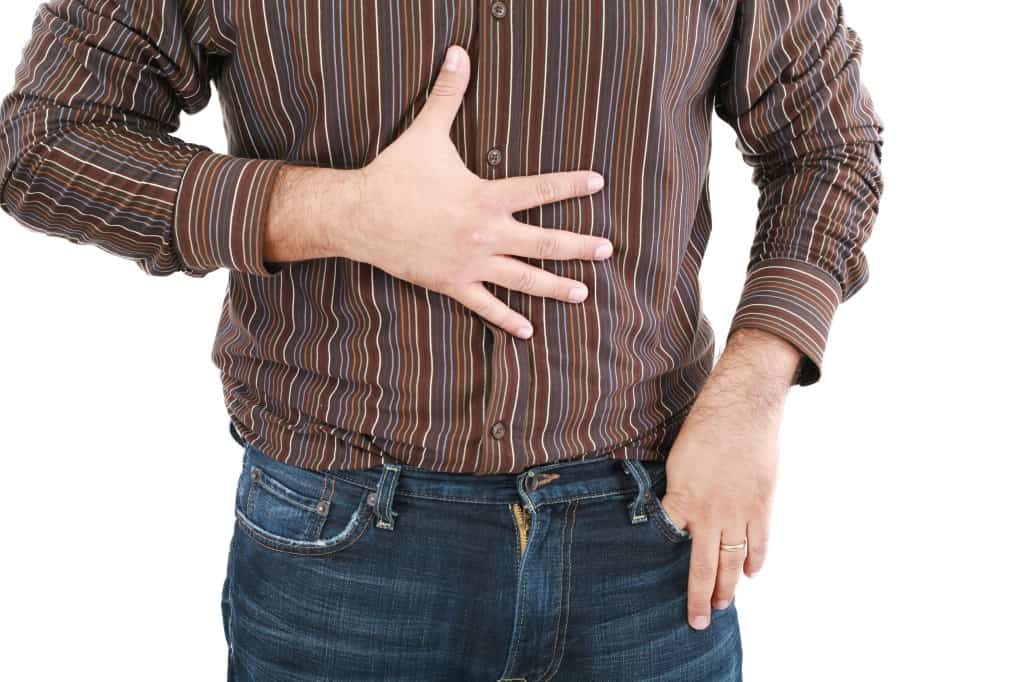 Gut Check: Is Your Stomach In Good Shape?

The American gut (stomach) is a mess.  It’s wracked by indigestion, bloating, cramping, and all manner of bowel disorders. Frankly, the statistics are enough to make one’s stomach turn.  According to the Centers for Disease Control, digestive problems cause almost 14 million visits to hospital emergency rooms each year. The National Institutes of Health says symptoms of irritable bowel syndrome (IBS) effect some 10 to 20 percent of the population (that’s 30 million to 60 million people), making IBS one of the most common reasons cited for missing work or school—second only to the common cold. What’s more, the problem seems to be getting worse.  The quality of life issues triggered by digestive problems are cause enough for concern, but more importantly, if left untreated, IBS and all the other adverse gut conditions can take a serious toll on your health. They’re a frequent cause of vitamin and mineral shortages that can lead to osteoporosis and other deficiency diseases, and the more serious conditions, like celiac disease, can lead to cancer and Parkinson’s.  Digestive problems can also lower the body’s resistance to disease.  Roughly 70 percent of the immune system is located in the digestive tract and disturbances there can compromise the body’s response to everything from a simple scratch to pneumonia.

So what’s gotten us into this state? The reasons aren’t all that hard to identify. The standard American diet is high in fat (especially Trans-fats), processed sugars, and refined carbohydrates, it lacks the nutrients that the beneficial bacteria in our gut need to thrive—and it contains too much glucose, which encourages the overgrowth of “bad” gut flora like Candida. Nor does our diet provide enough fiber to help us absorb nutrients and keep our digestive tract functioning smoothly.

Second, we’ve become a culture that’s under unprecedented levels of physical, emotional, and mental stress. We tend to think this only affects our minds, but it also wreaks havoc on our digestive system. The gut contains over 100 million nerve cells (that’s more than the spine) and produces the same neurotransmitters as the brain (including 90 percent of the serotonin in the body).

And, finally, the average American is awash in antibiotics and other prescription drugs that harm the gut. Newspaper headlines instill fear about MRSA, a drug-resistant form of Staphylococcus aureus, but most of us should worry more about the loss of the intestinal flora we depend on to maintain our health. At birth our intestines are clean as a whistle, but within two years they accumulate more than 100 trillion bacteria that help us do everything from maintaining our immune system to controlling harmful bacteria and digesting our food. Antibiotics could care less.

Yes, life would sometimes be brutally short without these drugs, but they can’t tell the difference between good and bad bacteria—and we pay for that lack of discrimination with all manner of lower GI distress. Occasional episodes of anxiety or stress, while unpleasant, do relatively little harm, but chronic stress is a different story. Studies have linked it to a host of illnesses, including heart disease, high blood pressure, and metabolic syndrome. Are we suffering a stress epidemic in this country?  The numbers tell the story.

In otherwise healthy people, a case of the trots or a bout of cramping and nausea can usually be attributed to some pathogen, a virus in the case of the flu or a bacterium like E. coli in food poisoning. But people with the chronic digestive complaints of IBS can experience these symptoms every day without apparent cause.  They have what doctors call “functional” digestive disorders. By this they mean that nothing appears to be wrong with the individual’s plumbing—there’s no sign of disease, injury, inflammation, or bleeding and none of the standard biological or chemical tests can identify a cause. Instead, for some reason, the intestines and colon just don’t work as they should.

At this point, most mainstream doctors reach for their prescription pads and try to tame the symptoms with anti-spasmodics, anti-diarrheals, immune-suppressants, laxatives, and/ or antidepressants—typically with less than satisfactory results. But instead of going down that road, healthcare providers and patients would be better off looking at food allergies and sensitivities and at the emotional and psychological factors that may be involved. Addressing these can go a long way toward lessening the frequency of “attacks” and reducing the symptoms when one occurs.

You can eliminate most attack triggers by cutting out those foods that seem to cause the lion’s share of IBS: milk and dairy products (an estimated 25 percent of the population is lactose intolerant), wheat and similar cereal grains, chocolate, fried or fatty foods, caffeine, and alcohol. Or you can record everything you eat in a food journal and note your gut’s reaction to it, so you can identify which foods cause you the most grief and put them on your “Don’t Eat” list.

The emotional and psychological factors involved in IBS are both harder to identify and more difficult to control, particularly when they’re external, like job or financial stress, or deeply ingrained, like the psychological scars of childhood abuse or post-traumatic stress disorder. Studies have shown that cognitive behavioral therapy (CBT), relaxation techniques (biofeedback, yoga, mediation), and “gut directed” hypnotherapy can significantly reduce symptoms and help devise ways to moderate them when they do occur.

Tackling food and emotional issues can take some time, however, so while you’re working on them, consider taking the following steps to placate your gut: o D rink lots of water to keep your intestines hydrated.

Avoid eating big meals and overeating; eat slowly; and chew your food thoroughly. Even a perfectly healthy digestive system will object to too much food at once or to hard-to-digest bite-sized chunks of food.

The System’s on Fire

Once inflammation enters the picture, digestive problems can turn serious— and much more difficult to correct. Inflammatory Bowel Disease (IBD), which includes ulcerative colitis, Crohn’s disease, and celiac disease, differs from a functional problem like IBS because in this case the plumbing isn’t okay—there’s a war going on and it’s tearing up the digestive system itself.

In ulcerative colitis and Crohn’s, the combatants are the immune system and some yet-to-be-identified invader, either a virus or a bacterium. In ulcerative colitis, this warfare is confined to the large intestine and the damage to only the cells that make up its innermost lining. Crohn’s disease can break out anywhere in the GI tract—including the esophagus or the anus—although it’s usually confined to the small and large intestines, and the damage runs much deeper into the surrounding tissues. According to the National Institutes of Health, 25 to 40 percent of ulcerative colitis patients must eventually have their colons removed because of massive bleeding, severe illness, a ruptured colon, or the risk of cancer, and the Mayo Clinic estimates that within 10 years of diagnosis, 71 percent of Crohn’s patients need surgery to remove the affected part of the intestine.  Even though diet and stress are no longer considered causes of these two conditions, researchers say they can certainly aggravate the symptoms—so the suggestions already made about treating IBS apply here as well. Celiac disease is a little different. First off, we know what causes it: Gluten.

And, second, we know why: There’s a genetic predisposition to it. Anyone with at least one of two human leukocyte antigen (HLA) genes can be so allergic to gluten that the immune system response to it destroys the tiny, nutrient-absorbing, hair-like cells that line the small intestine. Roughly 30 percent of the general population has one or both of these genes, although only 1 percent of them actually get the disease.

The final difference? We know the cure. Celiac sufferers can put out the inflammatory fire by strictly eliminating all forms of gluten from their diet—forever.  That’s easier said than done, but it’s the only known antidote. A simple blood test called a celiac panel can pretty accurately determine whether you actively have the disease and a biopsy of the small intestine—taken with an endoscope—can confirm it.

In addition to the discomfort and damage they can cause, IBS and IBD seriously disrupt the flow of nutrients from the food we eat to the other organs of the body. For that reason, any effort to overcome these conditions must include vitamins, minerals, and other supplements as well as the probiotic already mentioned. Individual needs will vary and are best determined by a nutritionist or naturopath, but everyone with digestive problems should take the following, especially during flare-ups: