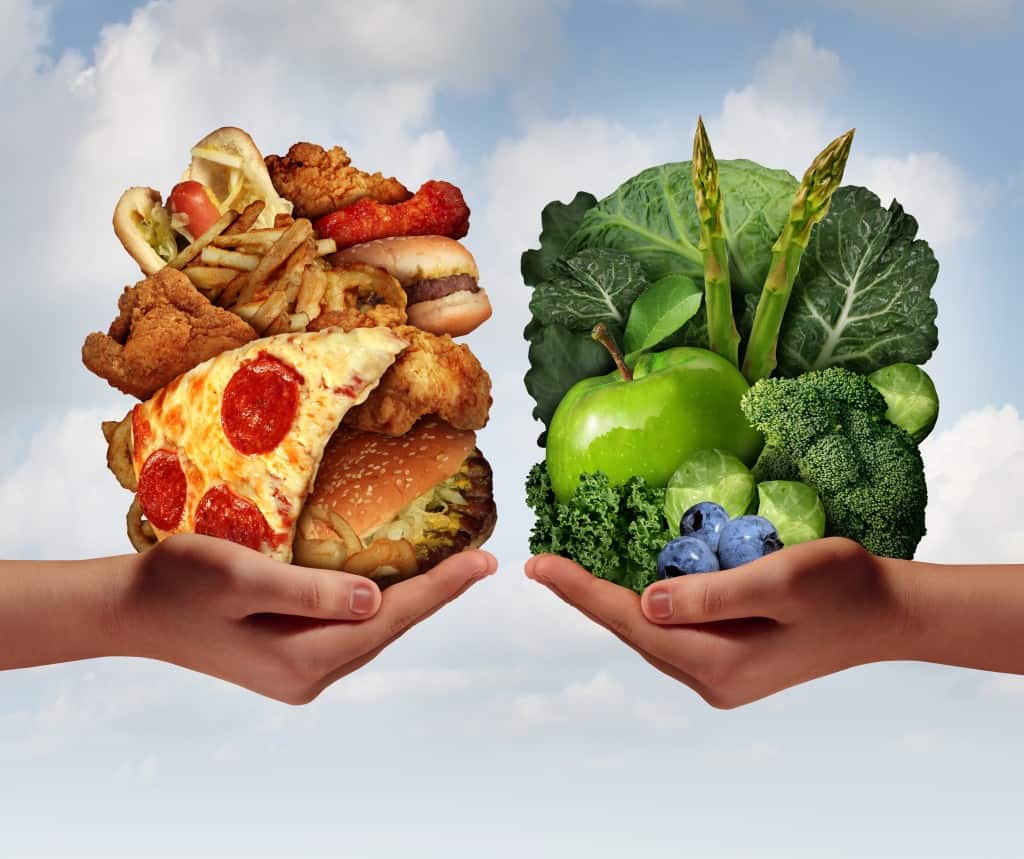 When the word “diet” comes up, many people quickly think of the impact food has on the waistline. And to be sure, there is good reason for this, considering America’s problem with obesity. But recent research has also found that your
mental health large hinges on your eating habits.

From Meat to Veggies

These findings can be credited to a team from State University of New York (SUNY) at Binghamton. With the aid of anonymous Internet surveys, the SUNY Binghamton team asked roughly 600 people about the state of their mental health. Furthermore, all participants were required to detail their food consumption patterns.

So what foods are best for the brain? Well, the answer may very well depend on your age. For those in the 18 to 29 year old age bracket, the SUNY team concluded that stable mental health had a strong association with poultry and red meat. At the age of 30, however, things changed dramatically; past this point, fruits and veggies were found to have the most positive impact on the mind.

For those confused about the report’s findings, study author Lina Begdache offers a logical explanation; in short, your brain in your 40s is not the same organ it was in your 20s. In our young adult years, brain chemicals have a large say in the condition of our mental health. Meat products feature significant amounts of amino acids, which foster the production of serotonin and dopamine, two chemicals known for their mood-elevated effects.

As we approach middle age, the tissues of the brain are often stricken with inflammation. “Inflammation is a source of free radicals, which cause a major disturbance in the brain,” explains Begdache. “It appears that the need for antioxidants increases with age to feel better.” Hence the growing importance of antioxidant-rich fruits and veggies
as we get older.

In light of her team’s findings, Begdache argues that dietary changes should be given more consideration when addressing mental health woes. “I think the best take away message is to look into what we eat in case we experience some form of mental distress before resorting to taking medication.”