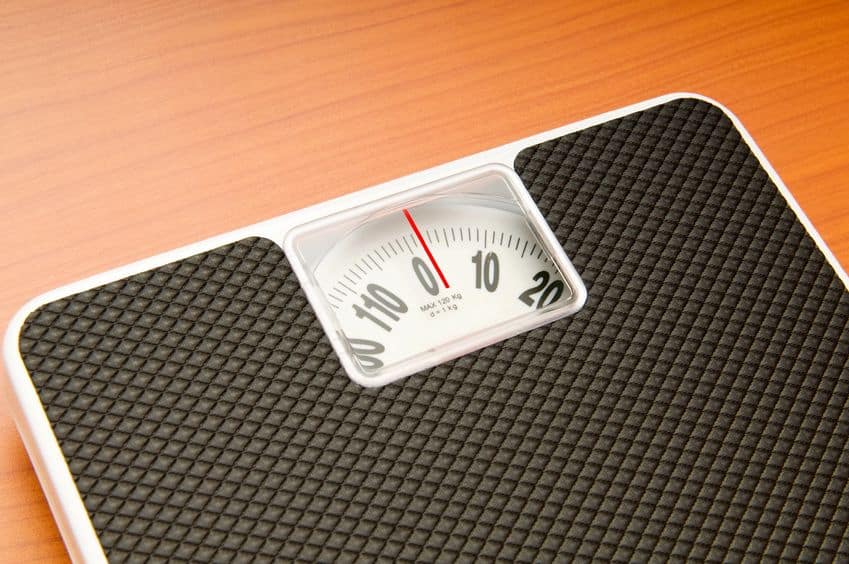 Weight gain is usually attributed to a combination of poor diet and lack of exercise. For most people, an expanding waistline can indeed be blamed on these two factors. This isn’t true for everyone, however; despite getting regular physical activity and watching what they eat, some people are still unable to get control of their weight. Of course, such increases in body weight can be incredibly frustrating, especially since they seemingly defy explanation. In fact, there are several reasons that can explain why people living relatively healthy lifestyles may struggle with their weight.

Anti-Depressant Medications – Depression in a problem that afflicts large numbers of adult Americans; according to the Centers for Disease Control and Prevention (CDC), nearly 1 in 10 adults have at least some symptoms of depression. Depression patients are usually treated with anti-depressant medications. These drugs generally attempt to remedy depression by blocking certain receptors within the brain (brain receptors are proteins that transfer messages from various chemicals to cells).

The Side-effects of Other Medications – Antidepressants aren’t the only type of medication that has been associated with weight gain. This side effect has been found to occur in patients using the following medications:

Additionally, drugs used to treat schizophrenia and bipolar disorder have also been found to increase bodyweight. Another type of medicine that can add pounds to the body are corticosteroids. Corticosteroids are used for numerous conditions, including rheumatoid arthritis, asthma, lupus and certain types of allergies.

Age – Getting older is hardly an enjoyable experience; aside from the cosmetic changes to our skin and hair, the body also becomes more prone to injury and illness. The aging process also alters the body’s metabolism, the process by which food is converted into energy. Essentially, the amount of calories regularly burned off by the body declines as we progress towards middle age. Because of this internal change, it’s usually necessary exercise more and eat less in order to keep weight gain at bay.

Lack of Sleep – How many times have we heard about the importance of a good night’s sleep? Aside from keeping you awake and alert during the day, studies have observed that sleep plays a key role in regulating your appetite. This reason for this concerns two hormones known as ghrelin and leptin. Ghrelin stimulates our urges to eat, whereas leptin decreases our cravings for food.

While we sleep, the body reduces its levels of ghrelin while boosting the amount of leptin in its bloodstream. This helps to keep our appetites under control during the day. Conversely, people who skimp on sleep tend to have too much ghrelin and too little leptin in their bodies, increasing both their appetites and food intake. Furthermore, poor sleep often goes hand in hand with additional stress. In order to relax, sleep-deprived individuals often turn to food, compounding the problem by choosing items that could hardly qualify as healthy.

Certain Medical Conditions – In addition to afflicting other areas of the body, some chronic illnesses and conditions cause patients to gain weight. An example of such a malady is Cushing’s syndrome, a condition caused by excessive levels of the hormone cortisol. In addition to stretch marks and bruise-prone skin, patients with Cushing’s syndrome also experience significant weight increases in their neck, face and upper body.

Hypothyroidism can also have a negative impact on bodyweight. This condition affects a butterfly-shaped gland known as the thyroid. Positioned in the lower front area of the neck, the thyroid is tasked with producing a steady stream of hormones. These chemicals serve many purposes within the body, such as allowing the body to properly regulate its metabolism. Hypothyroidism cripples the thyroid’s hormone production, slowing the body’s metabolism and causing the patient to put on weight.

A third condition that can expand the waistline is plantar fasciitis. Plantar fasciitis strikes the plantar fascia, a thick and flexible band of tissue extending along the bottom of the foot, causing significant pain and inflammation. These symptoms can easily make it difficult for the patient to freely move about, severely reducing their level of physical activity. In turn, this lack of exercise means that the patient expends fewer calories, which can eventually result in weight gain.