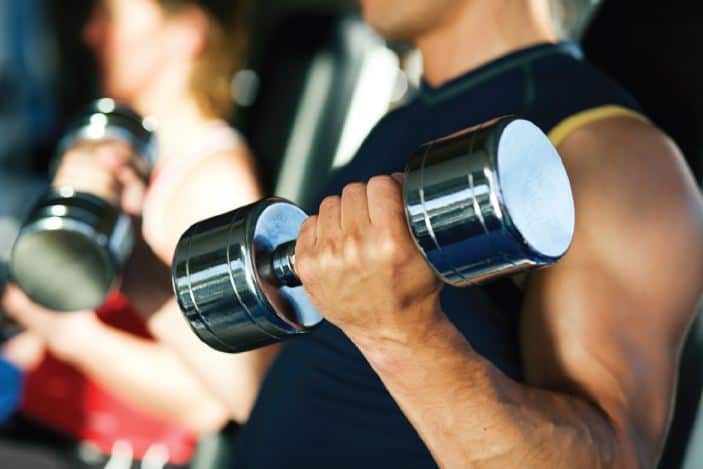 It could be said that diabetes has become a modern-day epidemic. Consider that as recently as 1995, only three US states had diabetes prevalence rate of over six percent. A mere fifteen years later, not a single state had a diagnosis rate below six percent.  In 1995, roughly 736,000 new cases of diabetes were diagnosed; by 2010, this figure had swelled to 1,735,000, an increase of approximately 118 percent. This disturbing trend shows no sign of abating any time soon; according to one recent analysis, half of all American adults could be diabetic or prediabetic by the year 2020.

Being diagnosed with diabetes can be a devastating blow, one that forces the patient to make significant adjustments to his or her lifestyle. Until relatively recently, many diabetics believed that their condition prohibited them from reaping the benefits of exercise. In fact, people stricken with either type 1 or type 2 diabetes can benefit greatly from regular physical activity.

Before we go any further, we should stress that it is always a good idea to consult with you doctor regarding diet and exercise plans. This advice rings especially true for diabetics.

While having diabetes does not preclude a person from exercising, the disease does extract some concessions on the part of patient. It is highly advisable for diabetics to check their blood sugar before working out. Often times, the side effects of diabetes medications can induce low blood sugar, a condition referred to as hypoglycemia. In order to assist health-conscious diabetes, the Mayo Clinic recommends the following guidelines in regards to blood sugar levels. It should be noted that blood sugar is usually measured in milligrams per deciliter (mg/dL) or millimoles per liter (mmol/L).

If blood sugar is lower than 100 mg/dL (5.6 mmol/L) – A reading this low is a clear sign that the diabetic’s body is not ready for exercise. Eating a small snack with a good amount of carbohydrates can rectify this problem, effectively bringing the patient’s blood sugar up to safer levels. A piece of fruit or crackers should fit the bill nicely.

250 mg/dL (13.9 mmol/L) or higher – A blood sugar level that falls in this range should cause some concern. Patients with this reading are advised to check their urine for ketones, a substance that indicates the body has insufficient insulin to control its blood sugar. If a diabetic has an especially large amount of ketones in his or her body, the patient risks suffering from ketoacidosis. This condition is not to be taken lightly, as its symptoms include frequent urination, abdominal pain, vomiting, shortness of breath and confusion. In severe cases, the patient may slip into a diabetic coma, and might even die from a ketoacidosis attack.

300 mg/dL (16.7 mmol/L) or higher – A blood sugar level this high is a clear warning sign of ketones. Consequentially, diabetics are strongly advised against exercising in this state.

People with diabetes are also encouraged to monitor their blood sugar during their workouts. A diabetic should stop exercising immediately if their blood sugar falls below70 mg/dL (3.9 mmol/L). Eating or drinking something sugary can push your blood pressure back towards a normal level. Of course, it once again bears mentioning that diabetics should consult with their doctors before starting an exercise routine.

Diabetics can take advantage of both aerobic exercises and strength training. For those not familiar with the term, aerobic exercises simply refer to activities that increase the body’s name for oxygen. Given this broad definition, a wide range of exercises qualify for the aerobic label. Some good examples of aerobic exercises are walking, swimming, tennis, jogging, hiking and bike riding.

Strength training is used to describe activities that steadily increase the muscles’ strength, size and endurance. As you might have guessed, people generally rely on free weights and exercise equipment to build muscle mass. The body itself can also be a valuable tool for strength training, with pushups being the most obvious example.

The American Diabetic Association (ADA) has given its stamp of approval to strength training, and has even issued its own recommendations on the matter. For diabetics, the ADA recommends spending two to three days per week on strength training exercises. Working out the same muscle groups on back-to-back days is discouraged, as the body’s muscles need at least one day to rebuild and repair themselves.

Instead of lifting the heaviest amount of weight possible, the ADA calls for a more moderate approach, advising diabetics to use lighter weights and perform a higher number of repetitions. Ideally, a person with diabetes should perform 12 to 15 repetitions per technique, and strive for two or three sets for each exercise. In addition, a thorough workout should also include roughly 8 to 10 exercises that focus on a variety of muscle groups. Each individual workout should last between 20 and 60 minutes.

Aerobic activities should be performed about four times per week for 30 minute intervals. If your body isn’t initially up to the rigors of an extended aerobic workout, limit your workout routine to about 10 minutes. You can then slowly lengthen your sessions as your cardiovascular system grows stronger.

A good rule of thumb is to alternate strength training and aerobic exercises on a day-to-day basis. This strategy not only prevents unnecessary wear and tear on the body, but it also ensures that both your muscles and cardiovascular system receive an adequate amount of attention. A good example of a well-balanced weekly exercise routine reads as follows:

While there is no question that diabetes imposes certain limitations on those diagnosed with it, diabetes sufferers do not have to resign themselves to a lifetime of physical inactivity. With the assistance and input of your doctor, creating a practical and effective exercise plan is an entirely feasible endeavor.