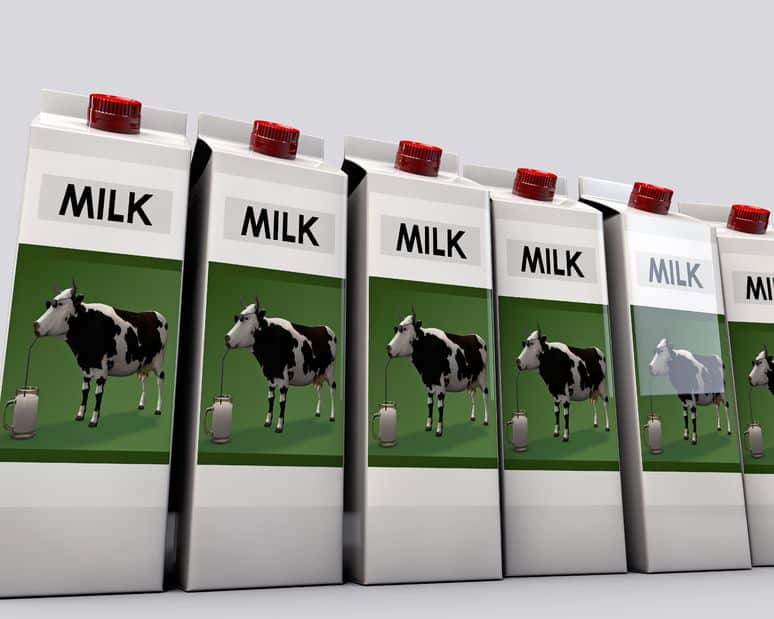 Rethinking Dairy: Does it Need to Be in Your Diet?

You’ve almost certainly heard about the benefits of dairy products. The major proponents of dairy aren’t limited to just doctors and various publications; in its 2010 dietary guidelines, the US Department of Agriculture’s encouraged all Americans over age 9 to consume three cups worth of dairy each day. With so much support coming from such a wide variety of sources, it would seem that the case for diary is air-tight.

Before jumping to that conclusion, however, consider this factoid – did you know that an estimated 60 percent of American adults are unable to properly digest milk? Yes, that’s not a typo – a majority of adults in the United States are lactose intolerant to some degree. This statistic, along with the opinions of qualified medical professionals, suggests that a large swath of the American public could benefit from adopting a diary free diet.

An Evolved Taste for Milk

For millions of Americans (and Canadians and Europeans, for that matter), the day starts with a bowl of cereal drenched in milk. Likewise, we might also pour another glass or two during lunch or dinner. Milk is such a common staple of our diets that it’s hard to imagine life without it. For many people, milk is synonymous with dairy products in general.

This viewpoint would seem very strange to our ancient ancestors. From the time modern humans emerged (roughly 200,000 BC) up until several thousand years ago, adult humans could not drink milk. Throughout most of human history, the body’s lactase enzyme automatically shut itself off during a person’s childhood. This rendered the body unable to digest lactose, the dominant sugar in milk (hence the term lactose intolerant).

According to recent research conducted by University College London, this all started to change 7500 years ago. This team of researchers found that the first humans to drink milk past childhood lived in an area between central and southeastern Europe. Many experts link this momentous shift in human dietary habits to a mutation in the human genome. Instead of becoming dormant, the lactase enzyme now remained active throughout adulthood for a sizable group of humans. This development allowed for the consumption of milk and other dairy items.

In the proceeding centuries, waves of new settlers carrying this gene mutation spread across northwest Europe, flooding this section of the continent with milk drinkers. The impact of this migration can still be seen today; some of the most lactose tolerant countries on earth include Sweden, the United Kingdom, Norway, Germany, Denmark and Ireland. In contrast, southern Europeans and those living in the Middle and Far East react noticeably poorer to milk and dairy.

The United States falls somewhere in between. While we can’t handle milk nearly as well as the Brits or Swedes, we do have a stronger stomach for it than, say, the Chinese (estimates place China’s lactose intolerance level at over 90 percent). Due to the heterogeneous nature of the US’s population, it should be pointed out that Americans’ tolerance for milk hinges largely on their ethnic background. Below are the generally accepted lactose tolerance levels for the world’s peoples:

Replacing Dairy in Your Diet

Removing dairy from your diet is certainly an achievable goal. If dairy products are causing you to experience chronic digestive problems, the following guidelines can help you replace dairy with nutritious alternatives:

Know What’s in Your Food – It’s easy to avoid milk, but diary can lurk within some surprising hosts. Baked goods, such as doughnuts, cakes and muffins can all feature dairy as an ingredient, as well as most flavors of potato chips. Additionally, many consumers are unaware that cold cuts, canned foods and poultry are often injected with butter or dairy derivatives. Of course, chocolate is also a no-no.

Give Other Kinds of Milk A Chance – Milk doesn’t just come from cows; almonds, soy, rice and oats can all be used as the basis for milk. These alternative milks are not only highly nutritious, but they can also alleviate the burden placed on lactose intolerant digestive systems.

Get Calcium from Other Sources – Giving up milk means that you’ll have to look elsewhere for your daily intake of calcium. Fortunately, nuts are more than capable of picking up the slack. A cup of Brazil nuts actually has more calcium than one cup of milk (378 milligrams as opposed to 299 milligrams). Likewise, almonds, pistachios and hazelnuts also contain significant quantities of this nutrient. Soy milk, salmon, sardines and some types of orange juice are also rich in calcium.

Watch Where You Eat – Along with altering your shopping habits, sticking to a diet means that you will also have to be careful when eating out. Establishments that serve Italian and Indian food are off-limits, since both of these cuisines make liberal use of dairy. In contrast, restaurants that offer Chinese, Japanese, Korean and Thai dishes are usually a safe bet. To be on the safe side, check with your server as to whether a certain dish contains dairy.