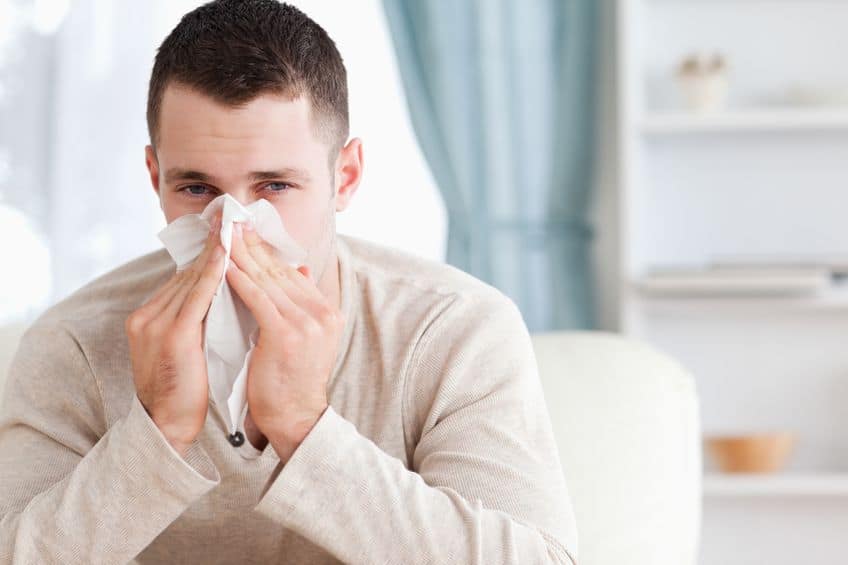 Protecting Yourself During Cold Season

No matter what your medical history might be, there’s a very good chance that you’ve dealt with a few colds in the past. In fact, so many people catch this ailment that it is often referred to as “common cold.” Though everyone seems to catch it at least once, the common cold is not unavoidable. A combination of good hygiene and solid lifestyle choices can help solidify the body’s defenses against cold-causing viruses. Likewise, there are steps you can take to mitigate the symptoms of a nagging cold.

Putting the Cold Under the Microscope

You may have noticed that the preceding paragraph mentioned “cold-causing viruses.” That’s not a misprint – there is more than one virus that can trigger the familiar symptoms associated with colds. In fact, the common cold can actually be caused by more than 200 separate viruses.

While this figure might come as a bit of shock, it also bears mentioning that not all of these 200 viruses pose the same risk to your health. Roughly 10 to 40 percent of all colds can be blamed on a single culprit known as the rhinovirus. Additionally, the coronavirus is responsible for about 20 percent of cold diagnoses, whereas 1 in 10 colds are caused by the respiratory syncytial virus (RSV).

It often seems like a nasty cold spreads around a certain area like wildfire. This notion has a good amount of truth to it; according to some estimates, Americans come down with a stunning 1 billion colds annually. All of these cold germs floating around lead to an awful lot of missed school and work days. The Centers for Disease Control and Prevention (CDC) estimates that 22 million school absences are caused by colds each year.

The symptoms caused by colds should sound very familiar; generally, a patient must contend with a sore/itchy throat, sneezing, stuffy nose, watery eyes and a persistent cough. Additionally, colds can often cause headaches, mild fevers and slight aches throughout the body.

Stopping Colds Before they Start

It’s a safe bet to say that most people will experience a cold at some point in their lives. Sticking to a few easy-to-remember guidelines can limit your encounters with cold viruses.

Regularly Wash Your Hands – This may seem obvious, yet many people still neglect to wash their hands on a consistent basis. Because of this habit, cold viruses can establish a stronghold on the hands, eventually infecting the respiratory system and causing the telltale signs of a cold. Such a scenario becomes even more plausible if you spend a lot of time in public areas, as cold germs can lurk on door handles and other frequently-touched surfaces.

Keep Your Hands Away From Your Face – The reasoning behind this tip is pretty straightforward; putting your hands near your mouth can easily allow cold germs to make the short leap onto your face. Once there, these cold-causing microbes can enter the body through the nose, eyes and mouth.

Put Down the Cigarettes – There are numerous reasons to stop smoking, but one you probably weren’t aware of involves your body’s susceptibility to colds. Specifically, a long-term smoking habit damages lung cells, which makes it harder for the immune system to keep colds at bay. Aside from suffering more frequent colds, smokers also tend to experience stronger cold symptoms than non-smokers.

Perform Regular Housecleaning – What do door knobs, remote controls, light switches, keyboards, telephones, drawer pulls and countertops have in common? All can be touched repeatedly during the day, oftentimes by multiple people. Furthermore, homeowners usually don’t clean these surfaces all too often, allowing cold germs to fester and grow. Though it may seem a bit unusual, it’s a good idea to clean these areas with disinfecting solutions or soap and water.

Support Your Immune System – Your immune system has a rather unenviable job – it must constantly protect the body from millions of microscopic invaders bent on destroying it. Of course, these enemies include swarms of cold virus cells. You can assist your immune system with its daily tasks by simply eating right, exercising and getting an appropriate amount of sleep.

Bouncing Back from a Cold

Even taking all possible precautions can’t completely eliminate the risk of colds. People with cold symptoms may find some relief by taking the following steps:

Stay Hydrated – The need to be properly hydrated takes on added importance during a cold. Consuming sufficient fluids not only wards off dehydration, but also allows the body to produce a thinner type of mucus, thereby providing the nasal passages with extra breathing space. Your best bets for liquids include water, decaf tea, sports drinks and ginger ale.

Gargle with Salt Water – One of the most grating symptoms of a cold is a scratchy throat. Gargling salt water may offer some relief for those with this problem. Salt extracts excess water from the throat’s inflamed tissues, making them less irritated and sore. To make this concoction, simply add one-half teaspoon of salt to a single cup of warm water. As an added bonus, gargling with salt water can also help remove various bacteria and virus cells from the body.

Eat a Bowl of Chicken Soup – Chicken soup has long been used as sort of a natural cold treatment. Some research suggests this remedy is more than just on old wives’ tale. A 2000 study, authored by a researcher from the University of Nebraska Medical Center, found that chicken soup had a positive impact on people suffering from colds. The study theorized that chicken soup may restrict the movement of certain white blood cells, serving to reduce the intensity of cold symptoms.