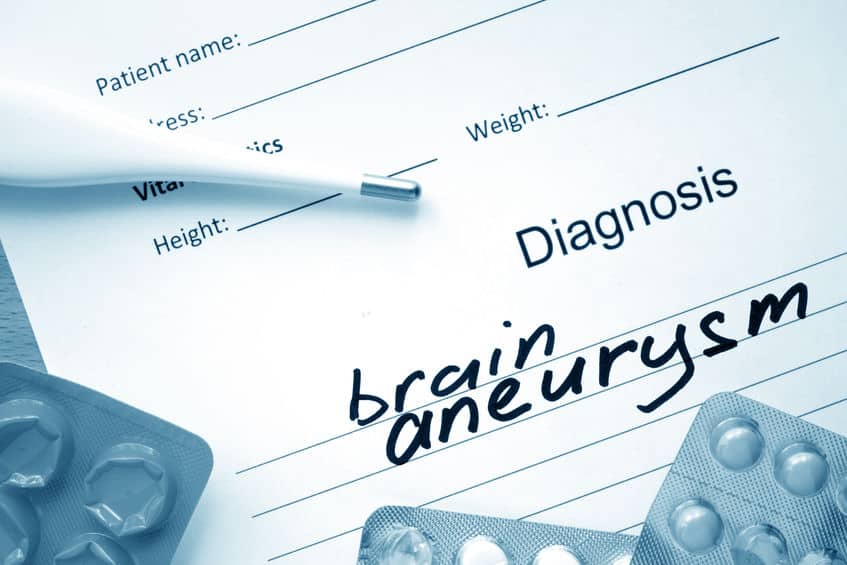 As the control center of the body, the brain certainly earns its place as one of the our vital organs. Given its massive importance, any issues that threaten the brain receive much attention from medical professionals. Cerebral aneurysms (also called brain aneurysms) are one such type of problem that can have potentially fatal consequences for our health.

A cerebral aneurysm occurs when one of the brain’s blood vessels develops a weak spot. These weak areas become abnormally large, swelling in a sort of a balloon-like fashion while filling up with blood. Brain aneurysms are more common that you might think, affecting anywhere from 3 to 5 million people in the US alone.

As threatening as brain aneurysms can be, they often cause no discernible symptoms. The reason for this fact has a lot to do with the aneurysm’s size, or lack thereof. Smaller aneurysms have a diameter measuring under 11 millimeters, and in many cases remain undiscovered until testing for unrelated issues reveals their presence. In comparison, larger bulges have a width roughly equivalent to a dime, falling between the range of 11 and 25 millimeters. Should an aneurysm’s diameter swell to over 25 millimeters, it is considered to be a giant aneurysm, exhibiting a width somewhat greater than a quarter.

Not surprisingly, the threat posed by an aneurysm increases with its size. If a bulging aneurysm expands to the point that it exerts pressure against the brain’s nerves and tissues, it may cause symptoms such as numbness and weakness. The areas behind and above the eye might become painful, and one side of the face may suffer paralysis. Relatively large aneurysms can also result in dilated pupils, a drooping eyelid, double vision and other vision changes.

When the Bulge Breaks

The problems caused by aneurysms become far more serious when the aneurysm ruptures. Such a development most often results in the leakage of blood into space between the brain and skull, or what is medically known as a subarachnoid hemorrhage (SAH). A subarachnoid hemorrhage is an extremely dangerous condition; about one in two patients die within six months after suffering their first SAH.

A bleeding aneurysm frequently causes immensely painful headaches, often called “thunderclap headaches.” In fact, patients often describe them as the most severe headache they have ever experienced. According to the National Library of Medicine, a subarachnoid hemorrhage can reduce alertness and consciousness. The eye can become noticeably sensitive to light, and the affected person may also develop blind spots, double vision, temporary vision loss and other eye-related problems.

The physical problems caused by subarachnoid hemorrhages include neck stiffness, numbness and muscle aches (which are especially likely to develop in the shoulder and neck). In addition, these leakages can trigger confusion, irritability and other shifts in mood and personality. Other SAH symptoms include droopy eyelid, dilated pupils and seizures.

There are two treatments that are commonly used for ruptured cerebral aneurysms:

Surgical clipping: As its name indicates, this procedure attempts to treat the aneurysm using a clip. Specifically, a metal clip is firmly clamped to the neck of aneurysm, thereby cutting it off from its blood supply. To do this, a portion of the patient’s skull must be removed, and then replaced once the clip has been put into position.

Endovascular coiling: Also called endovascular embolization, this option differs greatly from surgical clipping; instead of a metal clip, the key piece of equipment is a catheter. This hollow, lengthy tube enters into the patient’s body through an artery, typically located in the groin area. From this starting point, the surgeon maneuvers the catheter to its ultimate destination.

Once this step is complete, detachable coils are transported to the aneurysm site via a guide wire. These coils occupy the space inside of the aneurysm, and by doing so cause blood clot to form. In turn, this clot acts as a barrier between the aneurysm and the artery.