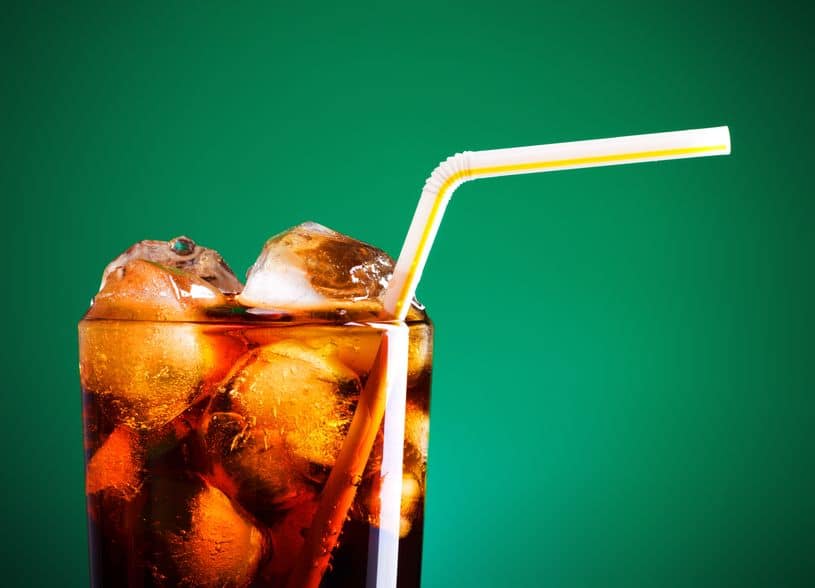 Are There Cancer-Causing Ingredients in Your Soda?

It’s fairly obvious why soda has no place in a healthy diet. For starters, many non-diet sodas are brimming with calories; a can of soda has roughly 150 calories, whereas a 20 ounce bottle has in the neighborhood of 250. Second, your typical soft drink comes loaded with artificial sweeteners with dubious reputations, such as saccharin. Third, some research suggests that even calorie-free diet sodas can lead to weight gain.

Aside from these health problems, a new report indicates that their might be another very good reason to avoid soda – or rather, at least one particular kind of soda. A study authored by Consumer Reports found that samples of Pepsi One contained significant amounts of a possible carcinogen, or a substance that can directly cause cancer.

The potential carcinogen identified by Consumer Reports (a magazine well-known for its in-depth reviews of various products) is known as 4-methylimidazole, or 4-MEI for short. This substance is used as a coloring agent, giving Pepsi One and other sodas a distinctly brownish tinge. As of January 2014, the U.S. Food and Drug Administration (FDA) has not enacted any regulations regarding the use of 4-MEI. However, the same cannot be said of the state of California; in 1986, the state’s voters passed Proposition 65, which mandated that any product containing 29 or more micrograms (mcg) of 4-MEI carry a warning label.

The Consumer Reports team conducted two rounds of testing, occurring in April and September of 2013. In addition to testing Pepsi One, the researchers also examined many other popular soda brands, such as Coke, Sprite, Diet Coke and Coke Zero. In total, the study analyzed 81 bottles and cans of soda.

Of all of the sodas tested, only Pepsi One and Malt Goya (a soft drink popular in Caribbean markets) were found to exceed Proposition 65’s daily limit. April samples of Pepsi One contained 43.5 micrograms of 4-MEI, whereas Pepsi One bottles tested in September had 39.5 mcg of this agent. Coke, Diet Coke and Coke Zero were all found to have under 5 micrograms of 4-MEI. Testing also showed that only negligible amounts of this chemical were evident in Sprite.

PepsiCo and the FDA Respond

Consumer Reports presented its findings to PepsiCo for comment. In response to the study, the soft drink giant stated that Prop 65’s 4-MEI limit involves 4-MEI consumption per day, rather than consumption per can. Furthermore, PepsiCo further stressed that most soda drinkers do not consume much soda, drinking less than a third of a 12 ounce can each day. For these reasons, Consumer Reports noted that PepsiCo did not deem it necessary to add health warnings to Pepsi One.

The magazine also contacted both the California Attorney General’s office and the FDA regarding its report. The FDA was quick to issue its response to the Consumer Reports study, stating that while it still believes consumers face no threat from 4-MEI, the agency is currently conducting a fresh round of tests to gauge the safety of this additive. The FDA’s statement is shown below in its entirety:

“The FDA has studied the use of caramel as a flavor and as a color additive in foods for decades. To ensure that the use of caramel colors in food continues to be safe, FDA is currently reviewing all available data on the safety of 4-methylimidazole (4-MEI), an impurity formed in some caramel colors at low levels during the manufacturing process. This safety analysis will help FDA determine what, if any, regulatory action needs to be taken. However, in the interim, FDA has no reason to believe that 4-MEI, at the levels expected in food from the use of caramel colors, poses a health risk to consumers.”

Save for the state of California, soda producers are currently under no obligations to warn shoppers about their products’ 4-MEI content. With the FDA taking a second look at this 4-MEI, however, it will be interesting to see if federal regulars change their stance on this color-altering agent.