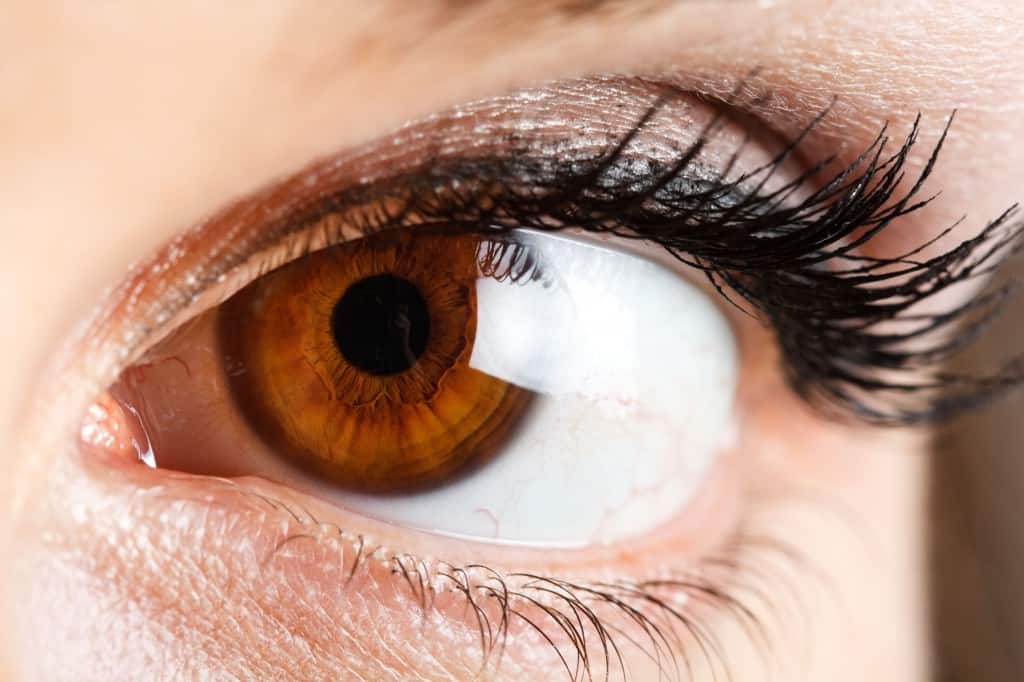 A Closer Look at Glaucoma

It is an undisputed fact that our genetic makeup consists entirely of the genes given to us by our parents. This can often be a source of pride; for example, you might inherit your father’s uncanny athletic ability, or your mother’s sharp judgment. Unfortunately, our genes are also responsible for many hereditary conditions that afflict generation upon generation of family members. One such condition is glaucoma, an ailment that strikes the eyes with increasing ferocity. Though incurable, this disease can be managed and controlled through appropriate medical treatment.

Glaucoma occurs when excess fluid builds up within the eye. Initially, this excess fluid usually does not cause any noticeable symptoms. As the patient ages, however, he or she will begin to notice increasingly severe eye pressure, signifying that the patient’s glaucoma is worsening. This fluid not only causes chronic eye pressure; eventually, it will begin to press up against the eye’s optic nerve. The optic nerve is ill-equipped to handle such a continued onslaught, and will begin to wilt and deteriorate under the constant pressure. If left untreated, glaucoma will cause a gradual loss of vision, ultimately leading to permanent blindness.

Eye pain is but one of many symptoms caused by glaucoma. In fact, the first initial warning sign of glaucoma is the loss of peripheral or side vision. If you find yourself suffering from one or more of the following symptoms, please consult with you doctor immediately.

Given that glaucoma sufferers experience no discernable symptoms in the early stages of the condition, many patients do not realize that they have contracted the disease. Of course, this makes treating glaucoma all the more difficult. By the time the patient notices glaucoma-related eye problems, the disease has already progressed into its later stages. In order to prevent this scenario, doctors frequently advise their patients to see an eye specialist for a thorough examination every two years.

The Two Types of Glaucoma

Glaucoma can be subdivided into two specific categories – open angle glaucoma and angle-closure glaucoma. The specific characteristics of each form of glaucoma are detailed below.

Angle-closure glaucoma – This relatively rare type of glaucoma afflicts a patient through sudden increases of pressure within the eye. Unlike open-angle glaucoma, angle-closure glaucoma does not cause such pressure through an abundance of fluid. Instead, a patient’s pain results from the unusually narrow space between the iris and cornea, preventing normal eye drainage.

For some patients with angle-closure glaucoma, eye pain is caused by an irregularity with the eye’s pupil (the pupil is the opening that allows light into the retina). Essentially, the pupil opens more than necessary, constricting the passageway between the iris and cornea. As a result, the pupil acts as a roadblock for the eye’s fluid, interrupting the flow of fluid out of the eye.

What’s Your Risk of Glaucoma?

As mentioned earlier, glaucoma tends to run in families. Family history isn’t the only determining factor when it comes to developing glaucoma; your odds of suffering from this affliction also depend on your ethnic background, age and the presence of certain medical conditions. The following list highlights the segments of the US population that face the greatest risk of developing glaucoma.

To test for glaucoma, a doctor will typically dilate a patient’s pupils using special dilating eye drops. In layman’s terms, pupil dilation refers to the medical practice of temporarily paralyzing the muscles that control the eye’s iris, effectively doubling the size of the pupil. With this accomplished, the doctor can thoroughly examine the optic nerve for glaucoma-related damage.

Once the condition of the optic nerve has been evaluated, the optometrist will then perform a tonometry, a test that checks the patient’s level of eye pressure. There are a number of methods for administering this test. The most accurate approach (known as Glodmann tonometry or Applanation tonometry) involves an intricate multi-step process, beginning with the numbing the surface of the eye. With the eye’s surface sufficiently numb, the optometrist then proceeds to place a piece of fine paper next to the eye. This paper is colored with orange dye, which in turn colors the eye orange, enabling the optometrist to adequately inspect the patient’s eye.

The doctor will then place a slit lamp in front of the patient. This lamp is equipped with a tonometer, an instrument that measures internal eye pressure. The optometrist carefully moves the lamp closer to the eyes, until the tonometer reaches the eye’s cornea. The tonometer then emits a blue light into the patient’s eye, effectively measuring the patient’s intraocular pressure (IOP). An excessively high IOP measurement is often indicative of glaucoma.

If the circumstances warrant it, an optometrist may utilize other types of tonometries to measure a patient’s IOP. Below is a list that further details the various methods an eye doctor can administer a tonometry:

Indentation tonometry – It can be argued that the exact opposite of a non-contact tonometry is an indentation tonometry, which relies upon a plunger to determine a patient’s IOP. This procedure calls for a small plunger to be placed against the cornea. In theory, the optometrist can gauge the eye’s IOP based on the amount of weight the plunger needs to flatten the cornea. In practice, this is not often the case, as indentation tonometries are not especially accurate barometers of IOP. Consequentially, optometrists seldom administer them to patients, although they are occasionally used by family medical doctors or urgent care providers.

After the conclusion of the tonometry, the optometrist will then give the patient a vision field test, which measures peripheral vision. Fortunately, tests for glaucoma are generally considered to be quick and relatively painless.

Doctors usually rely upon a combination of three treatment options for combating glaucoma – eye drops, laser surgery and microsurgery. Eye drops are used to stem the development of fluid in the frontal sections of the eye. They may also help to pry open the drainage mechanism inside the eye, enabling the outflow of pressure-inducing fluid. Though eye drops are relatively effective to reducing pent up eye fluid, they are not without side effects. Patients taking prescription eye drops have been known to experience allergic reactions, eye redness, brief stinging sensations, irritated eyes and blurred vision.

The goal of laser surgery is similar to that of eye drops, as it aims to either release blocked eye fluid (in cases of angle closure glaucoma) or improve the eye’s overall drainage system (for patients diagnosed with open-angle glaucoma). When treating glaucoma with laser surgery, surgeons usually choose one of surgical options, known as trabeculoplasties, iridotomies and cyclophotocoagulation. A trabeculoplasty involves expanding the eye’s trabecular meshwork, allowing the eye to remove excess fluid. An iridotomy is based on a similar concept, as it aims to release eye fluid by opening a tiny hole in the iris. Cyclophotocoagulations take a different approach, as they attempt to reduce the eye’s production of internal fluids by project laser beams into the center of the eye.

Last, but certainly not least, is microsurgery. The particular microsurgery used for glaucoma patients is known as trabeculectomy. In a nutshell, a trabeculectomy creates an artificial canal for the eye to drain its interior fluid, thereby reducing the intraocular pressure within the eye. This procedure is not foolproof; some patients may have to undergo a second trabeculectomy to decrease eye pressure. In addition, trabeculectomies may cause serious complications, such as permanent or temporary loss of vision, bleeding and possibly infection.

Doctors usually rely on a combination of the above procedures open-angle glaucoma. Traditionally, medical practitioners have opted for eye drops as an initial method of treatment, resorting to surgery only if eye drops proved ineffective. This approach might need to be reevaluated; some research indicates that certain glaucoma patients may respond better to surgery early in the treatment process. For certain individuals, a glaucoma transplant is necessary to alleviate glaucoma-related symptoms.

Glaucoma is condition that cannot be prevented, as it indiscriminately attacks family members across generational lines. Through closely monitoring your eye health and being conscientious about your own personal risk factors, it is possible to limit and control the effects of this troublesome eye ailment.